Several people were feared dead when gunmen clashed with soldiers from the 34 Artillery Brigade, Obinze at Izombe in Oguta Local Government Area of Imo State. 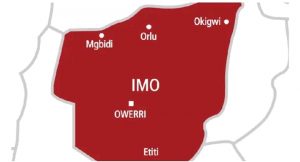 Our correspondent gathered that the incident happened on Monday after soldiers were drafted to the oil-rich community to checkmate criminality and crime in the area.

Military sources however confirmed that the attack was launched by the youths of the community.

It was learnt the youth had two days ago attacked and killed a truck driver, which prompted increased patrol by the soldiers in the area.

However, the youths were alleged to have attacked the patrol team, which resulted in heavy shooting.

As of the time of filing the report, sporadic shootings were said to be still going on in the area.

A native of the area confirmed the incident, describing it as an “invasion.”

Spokesperson of the 34 Artillery Brigade, Obinze, Captain Joseph Akubo, who confirmed the incident, denied that soldiers invaded the community.

He said the youths attacked the soldiers who were on a normal patrol following increased criminal activities in the area.

Akubo said he was yet to ascertain the casualty figure as the youths were still engaging the soldiers in fierce battle.

“I cannot tell you the casualty figure because the youth are still attacking our men and taking cover in the buildings in the neighbourhood.”