Oluwabamise Ayanwola, the Lagos-based tailor who went missing after boarding a BRT, has been found dead, according to a news making the rounds and quoting an unnamed security source. 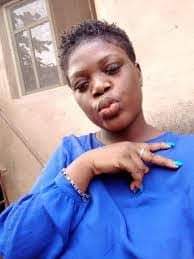 The police in Lagos State had earlier arrested two persons in connection with the disappearance of Ms Oluwabamishe, who boarded one of the buses from Chevron area of Lekki and heading for Oshodi on the 26th February, 2022. 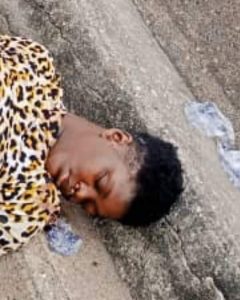 The image maker in charge of the state police command, Adekunle Ajisebutu in a statement signed by him on Saturday night also declared the driver of the bus wanted.

The state commissioner of police, Abiodun Alabi has also directed the state Criminal Investigations Department Panti, Yaba to take over the Investigations of the incident.

This is just as the police in the state have begun a manhunt for the driver of the bus and his other accomplices, who were allegedly responsible for the disappearance of the BRT passenger. 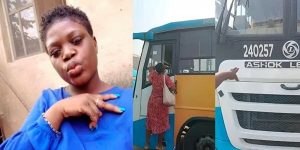 Ajisebutu in the statement said “This is to inform the general public and particularly assure the distraught family of Ms Ayanwole Oluwabamise, a 22-year-old lady who boarded a BRT bus in Lagos from Chevron bus stop, Lekki, heading to Oshodi on 26th February, 2022 at about 1900hrs and has not been seen till date.” 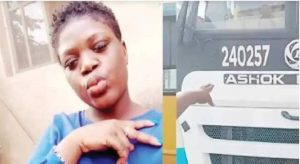 “As soon as the report got to the police, investigation into the circumstances surrounding the disappearance of the lady was immediately initiated.”

Ajisebutu added that “To ensure a speedy and diligent investigation, the Commissioner of Police, CP Abiodun Alabi, fdc, mnim, psc, immediately directed the State Criminal Investigation Department, Panti to take over the case.”

The police image maker also stated that “In the course of ongoing investigation, two suspects have been arrested and are currently helping in our investigation.”

“While assuring that police detectives will continue to work assiduously to find the missing lady and bring her abductors to justice, the Command wishes to appeal to anyone with useful information that could help in our investigation to promptly give it to us for further necessary actions,” he added.

The police noted that “Subject who hails from Moba L.G.A. in Ekiti State, is about 5 feet plus tall, dark in complexion and speaks Yoruba and English languages well.”

“This isolated incident notwithstanding, the Police Command is committed to protecting lives and properties of all residents of the State at all times.”