Ukraine said Sunday that its forces were pushing back Russia’s military from strategic holdouts in the east of the country after Moscow announced a retreat from Kyiv’s sweeping counter-offensive. 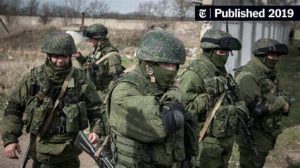 Ukraine’s nuclear energy agency said the final reactor at the Russian-controlled Zaporizhzhia plant, Europe’s largest nuclear power station and a focal point of the conflict, was shut off as a safety measure.

The speed of Ukraine’s fightback against Russia’s invasion has apparently caught Moscow’s military off-guard, bringing swathes of territory Russia had controlled for months back into Ukraine’s fold. 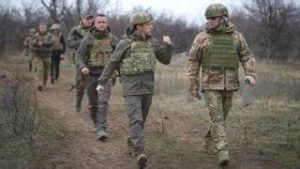 Crates of dumped munitions and abandoned military hardware were seen scattered in territory left by the Russian forces, images posted by the Ukrainian military showed.

“The liberation of settlements in the Kupiansk and Izyum districts of the Kharkiv region is ongoing,” the Ukrainian military said in a general battlefield update Sunday, 200 days into Russia’s invasion.

These are key supply and logistics hubs that Russia depends on to restock its frontline positions in the east.

Military observers have said their capture by Ukraine would be a serious blow to Moscow’s military ambitions in Kharkiv.

The head of the Ukrainian military announced early Sunday that as much as 3,000 square kilometres (1,158 square miles) had been wrested from Russia since the offensive began at the beginning of this month.

That figure is already around one-third larger than the total area announced by President Volodymyr Zelensky late Saturday. On Sunday, he announced that Ukraine forces had taken a village of around 4,000 people between Kharkiv and Izyum.

“The great Ukrainian flag has been returned to Chkalovske. And it will be like that everywhere. We will cast out the occupiers from every Ukrainian town and village,” he said in a video online.

Ukrainian officials this weekend hailed the “astonishing” pace of the counter-offensive and on Sunday, the country’s foreign minister used the momentum to appeal to Western allies for more stockpiles of sophisticated weapons.

“Weapons, weapons, weapons have been on our agenda since spring. I am grateful to partners who have answered our call: Ukraine’s battlefield successes are our shared ones,” Dmytro Kuleba said.

The reaction in Moscow to the Ukrainian gains so far has been muted, but on Sunday an official in the border region of Belgorod said “thousands” of people had fled the Kharkiv region over the border and into Russia.

More than 1,000 people were being housed in temporary shelters, the official, Vyacheslav Gladkov, said.

The Russian military meanwhile made the surprise announcement Saturday that it was “regrouping” its forces from Kharkiv to the Donetsk region just south to focus its military efforts there.

But the announcement came shortly after Moscow also said it was actually sending reinforcements towards Kharkiv.

Around Balakliya, one of the first towns to be recaptured by Ukrainian troops, AFP journalists saw evidence of fierce battles, with buildings destroyed or damaged and streets mainly deserted.

Iryna Stepanenko, 52, who was outside cycling for the first time in months, said she had hidden in her basement for three months.

“There was a lot of fear, shelling. It was scary,” she recounted of the Russian takeover and Ukraine’s bid to recapture the town, where some 27,000 people lived before the invasion.

She said she was relieved to see Kyiv’s forces retake the town but was still worried about the future.

Despite the reported Ukrainian gains, Russian forces have continued bombardments across the frontline, and in the Donetsk region, officials said shelling killed 10 people and wounded another 19.

An uptick in fighting in and around the Zaporizhzhia nuclear power plant meanwhile has sharpened fears of another nuclear incident comparable to the Chernobyl disaster in northern Ukraine in 1986.

Ukraine’s state nuclear agency on Sunday said that the sixth and final reactor at the plant had been shut off and instead transferred to a cold shut down.

Energoatom said that the sixth reactor had been generating energy for the plant itself for three days and that the decision to halt its operations came when external power had been restored to the facility.

It cautioned again, however, that in its view the only way to ensure the safety of the facility would be to create a demilitarised zone around it. (AFP)