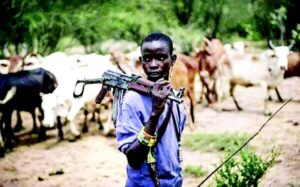 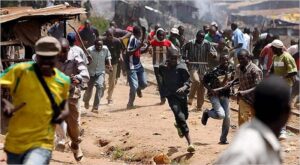 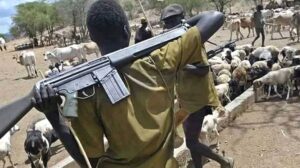 The attention of the Indigenous People of Biafra, IPOB, under the leadership of Mazi Nnamdi Kanu,  has been drawn to the plot by the Governor of Imo State, Hope Uzodinma, to forcefully acquire 2000 hectares of land at Ejemekuru towards Izombe, Agwa and Akabor in Oguta LGA of Imo  State, under the guise of building a meat processing factory.

The communities rejected  the this disguised project but the state is insisting on forcefully taking the ancestral land from the people.  Some paid agents of the Government from Ejemekuru, Izombe, Agwa and Izombe have resorted to using the force of Government to intimidate and force the citizens into  submission.

The Deputy Governor has since been mobilised to ensure that the evil government agenda is actualised.The Governor through his agents are armstwisting Ezeship candidates in Oguta LGA, precisely  Izombe, using the proposal as a bait for them. Instead of allowing the rightful and people’s choice to emerge, government wants to use it as a bait to accomplish this anti-people agenda.

We gathered that the people of Izombe are comfortable with a certain Estate developer seeking  300 hectares of land for industrial development but the company should ensure that this is not Ruga in disguise. The community will resist any deviation from the planned estate development.

Izombe has peacefully played host to oil companies right from in the sixties. The only land location of Gulf oil later changed to Chevron Nigeria limited and presently acquired by Seplat Energy.  Ashland oil was there first but later changed to Addax petroleum. We won’t tolerate any attempt to make Izombe a war zone.