The Rotary Club International, Government House Umuahia district 9142 has honoured Abia born philanthropist, Chief Ncheta Elvis Omerekpe with a COMMUNITY SERVICE AWARD due to his 17 years of selfless humanitarian services to individuals and the community. 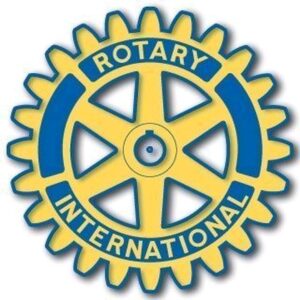 Earlier in her address, the installation Chairperson, Rtn. Love Ezema, said this is the fourth installation of the club, adding that the club has achieved a lot in their short period of existence through the mentorship of late PAG, Ukpai Agwu Ukpai. One minute silence was observed in honour of late Chief Ukpai. 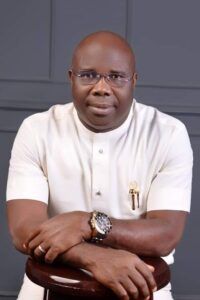 In her valedictory speech, the immediate past President of the club, Rtn. Joy Dimanochie said the club had executed effective and impactful projects within Umuahia environs, that are too numerous to mention, including producing four Paul Harris Fellows 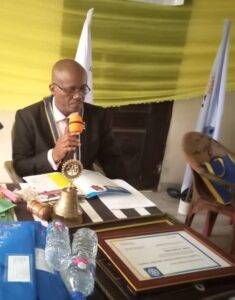 Speaking after his installation as the 4th visionary leader Rtn. Emeka Ogbonna Wachuku said he will abide strictly to the tenets of the club, which is anchored on service to humanity.

In his response after he received the COMMUNITY SERVICE AWARD, Chief Ncheta Omerekpe, Founder; Ncheta Omerekpe Foundation, represented by the Director; Media and Publicity of the Foundation, Prince Clinton Uba, appreciated Rotary Club, Government House, Umuahia for the honour bestowed on him and promised to partner with the club to deepen services to humanity in Abia state. 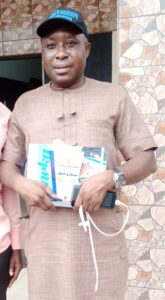 Mr. Clinton Uba said, many people misrepresent philanthrophy with Representation and Corperate Social Responsibility (CSR), describing Chief Ncheta Omerekpe as a model philanthropist of many years and the new face of Abia. 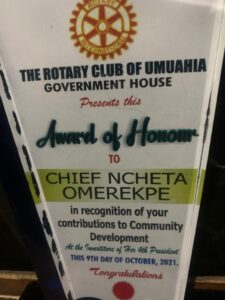