Real Reason why Buni was removed as APC Chairman – El-rufai

Governor Nasir El-rufai has opened up on the reason why Yobe Governor, Mai Mala Buni was removed as the Chairman of the caretaker committee of the All Progressives Congress, APC. 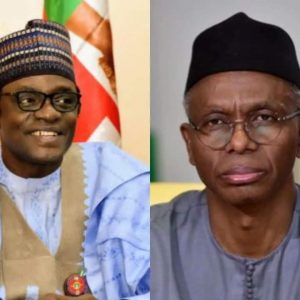 Appearing on Channels TV’s “Politics Today”, El-rufai disclosed that Buni secretly hid a court Injunction against the conduct of the party’s convention and was not making any plans to organize it.

The party has been embroiled in crisis over the constant rescheduling of the exercise.

The fiery Kaduna Governor said;”Someone went to court and secretly got injunction that APC must not hold its convention, and Buni hid the injunction, kept it like a time bomb but we have unravelled it.”

“It will be vacated, APC will not go down because of inordinate ambition of some governors.”

He added that Buni will not return as chairman of the committee.

“Buni is gone, the secretary is gone. Gov. Bello is in charge and he has the backing of President Muhammadu Buhari and 19 governors. Buni can only return as governor of Yobe but never as chairman of our party.”

“President Buhari ordered his removal and this has been implemented. Governor Bello has taken over and things are moving according to plan. Party will be restored, convention will take place as scheduled.”