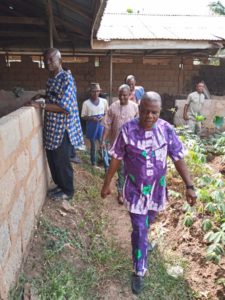 The newly appointed Program Manager Abia ADP, Hon Israel Amanze aka Izybest with his management team has
paid a working visit to ADP facilities in the Local Government Areas of Abia North. 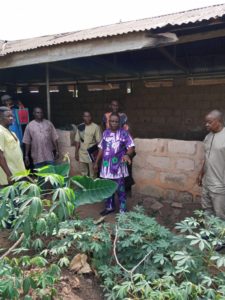 The Program Manager and his team visited ADP farms and facilities at Okoko Item, Ohafia, Abiriba, Isukwato, Uturu as well as their Wayhouse facilities and poultries at Ozuitem.
The team later paid homeage to the traditional Rulers of Amaogudu Abiriba and Ozuitem for Royal blessings.
The ADP Program Manager during the visit admonished field and office staff of the agency to be proactive and sensitive to the yearnings of Abia farmers. Chief Amanze frowned at the various encroachments noticed at some centers and advised individuals and communities who had willingly donated their lands to government to kindly respect their boundaries.
He promised the people that ADP will soon put all its facilities into useful use and assured that this will certainly be in the interest of her host communities, emphasizing that positive developments these days are both people-oriented and people-driven.

He eulogized the Agricultural friendly Governor of the state, Okezie Victor Ikpeazu PhD, for making Agriculture a top pillar of his development in the state. He assured the Governor that the ADP will work with the people and will deliver her mandate and expectations in the state.
Responding, the workers thanked the Governor for showing his Fatherly love to the Abia ADP and also reaffirmed their unflinching commitment to support the current government to achieve the set objectives in the area of agriculture. They also congratulated the ADP Program Manager for his appointment and thanked the Governor also for appointing an agricultural technocrat to steer the ship of Abia ADP. 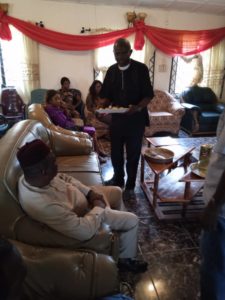