Following the notice of the proposed nationwide protest by the National Association of Private Schools Teacher issued on Thursday July 9, 2020, the self acclaimed association national chairman has called on all the private schools teachers to come out en masse in all the states of the federation for the protest. 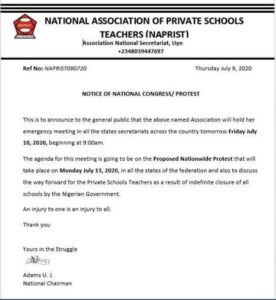 Due to the indefinite closure of schools as a result of the covid19 pandemic, many private schools have not been able to pay their workers salaries for the last three months. This has triggered some of them to call on the government for help. They claimed the have been abandoned by the government. 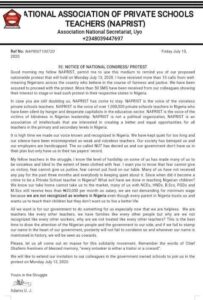