According to a release sent to Newsmirrorng.com, it reads 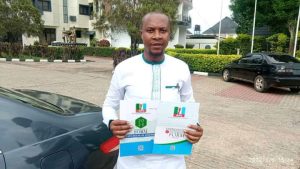 Urging the masses to jettison deception as a keynote to overcome double jeopardy.

Learn not to demarket a political party but personalities.

A political party lacks mobility, sense organ of touch, sight or even conscience.

Personalities are role makers in political parties as platforms and should be accused of insensitivity, unproductivity and ridicule.

Essence of clearing the wave is derived from avalanche of questions on moral justification of political party campaigns in the forthcoming elections based on poor performances? 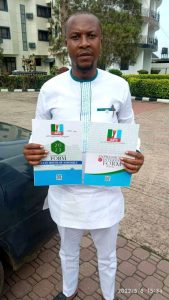 And emphatically I charge you to challenge people on their scorecards, precedents and antecedents not the party as we can agree that existence of credible achievements of some characters in APC can’t be over emphasized likewise in the PDP then how has a political party hindered or impeded those politicians that has blatantly refused to perform? 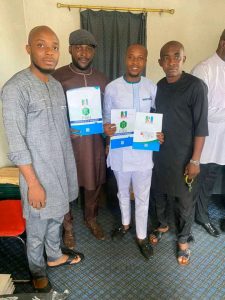 One of the attributes that makes a mission impossible is the fear of failure.

Falling severally is to acquaint with the foundation of the ground then rise stronger.

Being a hero comes with a huge price.

No matter how tough things get, never give up on saving souls.

THE TIME HAS COME AND THE HOUR IS NOW.
I WILL DO A NEW THING.
DON’T FORGET YOUR PVC.
#THEYOUTHCRUSADER#
PRINCE B.I. ENWEREMADU.