Despite efforts by the Inspector General of Police, Usman Alkali Baba to dissuade junior police officers from embarking on strike, the cops have said there is no going back on the planned industrial action. 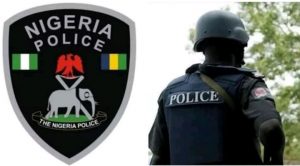 The junior officers said the strike would commence on March 26, the same day chieftains of the All Progressives Congress (APC) would gather in Abuja for their national convention.

According to an open letter addressed to the Inspector General, the men said they would not accept any pay rise below N100,000 monthly.

They decried the fact that a Level 3 officer of the Economic and Financial Crimes Commission (EFCC) reportedly receives N280,000 monthly, while a constable receives just N45,700 per month.

Also, they said that a Level 8 officer of the EFCC goes home with over N490,000 every month, but an Inspector of police, with many years of experience, is being paid N109,200 as monthly salary.

The rank and file wondered why they were being treated like slaves, even when they protect other people’s lives, with their own lives.

The strike, which they said was long overdue, had now become an option due to what they called the “lackadaisical attitude of the police authorities in representing us before the Federal Government.”

While accepting the fact that the Nigeria Police Force is a regimental organisation whose personnel could be accused of mutiny if they embark on any industrial action, the cops said they have been pushed to the wall and do not have any trust in their leaders.

“Sir, are you aware of the suffering your officers are exposed to? Many of us can’t afford 3-square meals per day. Some can’t send their children to school without bribes. Go to the barracks, you will see the slums where those officers that escort you around sleep.

“Sir, the least constable, who pays house rent, electricity bills, feeds himself and his family still earns about N47,000 in a month. Tell me how such a constable will not extort members of the public?

“We know how much the Senators, House of Representatives members, governors and others we protect day and night earn monthly, yet we don’t misbehave…