Recall that the suspected internet fraudsters, also known as ‘Yahoo-boys’ staged a protest against their arrest by the Economic and Financial Crimes Commission (EFCC). 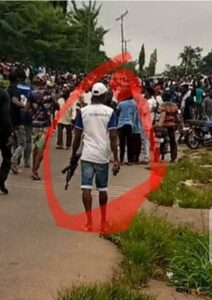 The Osun State Commissioner of Police, CP Olawale Olokode in the release clarified that the young man referred to, in mufti, in the viral picture was one of the policemen hurriedly deployed for the swift response operation. 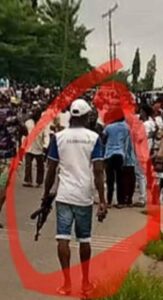 “The Commissioner of Police said he promptly waded into the situation, in order for it not to degenerate into chaos or snowball into anarchy, the statement said