Scores of people were feared dead in an auto crash that happened Friday before Azia Junction, by Ihiala – Onitsha highway, as a truck rammed into six vehicles at a police checkpoint before landing on a bus allegedly filled with passengers. 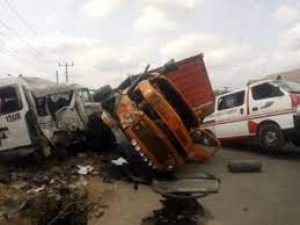 According to eyewitness account, the driver of the truck with registration No: UWZ556XA was on speed while approaching a police check point and lost control, ramming into vehicles on the queue and crashed. 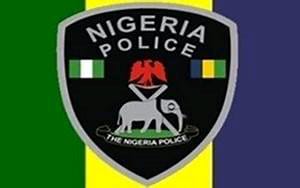 “FRSC rescue team from Ihiala Unit Command rushed the victims to Our Lady of Lourdes hospital Ihiala where a male adult and a male child was confirmed dead. The dead victims were deposited at the hospital morgue.

“FRSC Rescue team on ground managed the traffic and ensured obstruction caused by the crash was removed.”

While sending his prayers to the injured victims for quick recovery and commiserating with the families of the dead, the Sector Commander in the state, Commander Adeoye Irelewuyi, warned motorists in the state to avoid speeding and ensure they keep to recommended speed limit.

He said: “Speed thrills but kills. Check your speed and not your watch. Let’s keep our road safe from crash.