TIME to throw all the pretences away. 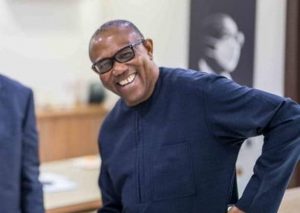 He is daring, deft, and deaf to the din of traditional political practices.

The answers are cures to the hyped hypocrisies masquerading as competence to manage Nigeria. The most intriguing of these nagging issues is the displacement of competence with entitlement.

Obi does not preach. He simply shares in crisp citations evidential proof of what he did in Anambra State as Governor. He intends to replicate them as President of Nigeria if elected. We applaud. Will the matter end there?

Nigerians claim their country is at the brinks. The same Nigerians want someone to pull the country back from the proclivity to accelerating demise. Obi has offered himself. His proposals are clear.

No Governor left the hefty sums, and investments he bequeathed his successor. No Governor compiled his handover note, revealing cheques that had been left to pay teachers, pensioners, contractors, other obligations. No Governor invested in meaningful education, health, human resources, infrastructure as Obi did. His records in other areas are indisputable.

He then swore an affidavit to authenticate the details of h it’s tenure at a High Court.

The savings he made in local and foreign bonds were worth $156m in March 2014. Nobody has done a fraction of that. He never borrowed; he left no debts.

Obi lifted Anambra State out of the chaos it was. He ignored the fat cats that dubbed themselves godfathers. He rescues a state that had adopted rambunctiousness as its alias.

Alas, other things impress Nigerians, chiefly, how much someone is willing to give them to get into office. The season of harvests for political merchants is here.

Many aspirants have lined up seemingly for the same mission. Many words are being tossed about in line with the season. What stands Obi out is the clarity of his thoughts, exampled by his works as governor, and simple enough to understand positions on every issue.

Where others have leaned heavily on the turn of the South East to produce the next President, an engagement on fairness, Obi has built on his competence to court a nationwide following that is not procured through a heavy pocket. There are more differences.

He is frugal. He lives it. People mock him for his simplicity that abhors the pomp of office. He reminds Nigerians that the country is in dire straits and needed to be cured of its wastefulness. Parts of the wastes are repeated with dedicated choice of leaders that take us to booming doom.

President Muhammadu Buhari remains a sterling example. Those who chose him to feed their selfishness have spent the past seven years defending his bumblings. They blame everyone except the man and themselves for his serial failures.

Obi has said he would not buy delegates. Those who were expecting a bounteous harvest have bulked. Are we no longer ready to fight corruption?

Nigeria is bound for further doldrums if measures that can redeem it are mixed up with choices that eat our tomorrow today.

Obi is ready to offer innovative service that would strip Nigeria of the huge baggage she lugs around as it tries to make progress. Obi is that opportunity.

He is not a saint. If it were, he probably would not be in the race. His demonstrated abilities to turn around situations should count for something.

If we ignore Obi, we would have chosen to continue with the next level of nothingness.

We can change for better when we join Obi to make a difference in our lives as a people, and a country.