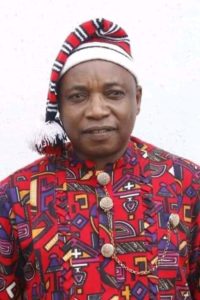 Speaking through a release, Dr Osita Igbe, who asserted that the Peoples Democratic Party, as the ruling party in the state, is well reputed for its unbiased democratic process in handling its activities, however, called on all the members who wants to contest in any of the party elective positions to follow due process and as well go about their ambitions with love and fair play, calling on the Wards Electoral Committees to remain live up to expectations by being unbiased, fair and credible umpire as that will strengthen the party the more and also give it greater impetus to win future elections.

Dr Osita Igbe, who in the release warned against any unnecessary interference and highhandedness by party leaders of various wards during the ward congresses, further reemphasized to all of the need to always embrace harmony, peace, and also play the game of politics according to the rules, encouraging them to always remain loyal, committed, and supportive to the party and its programs at all times towards consolidating the gains of the party in Isuikwuato local government area in particular and Abia state at large.

Dr Igbe warned against any form hooliganism and thuggery within the period and process of the congress, as adequate security arrangements have been made to ensure violent free exercise, and prayed God to see all through as the congress lasts.

The Council Boss, in the release, also applauded the state Leader of the Peoples Democratic Party, and the Governor of Abia state, Dr Okezie Ikpeazu for his unrelenting in sustaining the party in the state, describing him as a role model and a firm believer of equity, fairness, and justice, and pledged his sustained support.