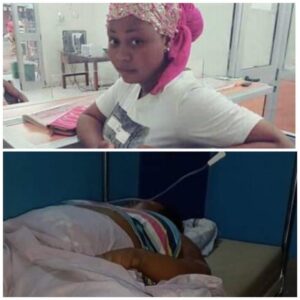 A Nigerian, Itunu Babalola, who was wrongfully incarcerated in Cote d’Ivoire, is dead.

Freelance investigative journalist, David Hundeyin, who brought her case to Nigerians in Diaspora Commission, NIDCOM, confirmed her death on Sunday night in a thread on his Twitter page.

Itunu whose family are in Oyo state, was said to have contracted an infection in prison which led to her death last night.

In a series of tweets, David Hundeyin wrote: “I just received a message from Cote d’Ivoire about Itunu Babalola. She is still in prison in Abidjan where she has contracted a serious infection and apparently she is dying.

“All those promises by NIDCOM, Abike Dabiri, OYSG etc. are audio. She’s finally dying. Well done to the Nigerian government. Well done to NIDCOM and everyone responsible for this. Another young Nigerian is biting the dust, a round of applause for all of you.

“Write a federal petition, do a thread with 15,000 retweets, engage with government, do an investigative story. Even travelled illegally to Cote d’Ivoire in a f*cking canoe to gather facts.

“Nothing we have not done to try to save this girl’s life but we come from Nigeria. Eight months of effort, 8 months of “Uncle David God bless you, eight months of hoping for Nigeria to prove me wrong FOR ONCE.
“It’s all over Itunu is dead. She died this night, just confirmed.”

Recall that NIDCOM had in March this year promised to do everything to secure Itunu’s release after the case was brought to their attention.

Gabriel Odu, the Commission’s Media, Public Relations and Protocol Unit Officer, in Abuja, had mentioned that the Nigeria Mission in Abidjan, Cote D’ivoire confirmed that Babalola was wrongfully charged and incarcerated for a crime she didn’t commit following series of investigations.

Also, the Charge D’Affaires of the Nigerian Mission in Côte D’Ivoire, Mr. Mohammed Gana, disclosed that plans were underway to engage the services of a lawyer, to prove the innocence of Babalola at the Court of Appeal.

Babalola got entangled in a legal battle, when she reported the burglary of her house to the Ivorian police.

According to him, “Investigations carried out also indicated that the former prosecutor, in collaboration with the police, twisted her case and accused Babalola of human trafficking which led to her conviction for 20 years even though the sentence was reduced to 10 years from which she has served two years so far