Abia Charter of Equity is an illegal/anachronistic document that cannot provide a model for the new Abia State. 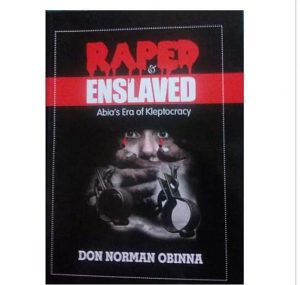 The then Gov T.A. Orji exhumed and made it a cynosure in 2015 to give his senatorial ambition a legal coloration.

If they recognised Abia charter of equity as an authentic model for equity and good governance, Ochendo would not be in the senate and his son in the house of assembly representing the same constituents.

He would not have altered the Ikwuano/Umuahia Fed House four years representation structure for Sam Onuigbo.

During Ochendo’s govt, the people that benefitted were mostly the Afarata and few Ndume Ibeku people. His actions did not represent equity.

My village and almost all the rest of Ibeku, Olokoro, Ubakala and Ohuhu suffered rejection. Our boys fed and still feed through sycophancy.

Besides, OUK and Ochendo chose their gubernatorial candidates singlehandedly without interference from anyone.

Why intimidate Okezie Ikpeazu? Would Ochendo have tolerated OUK coming to the media to decide who or where the next PDP gubernatorial candidate must come from?

We still remember how he treated OUK and his loyalists as pariahs. They even described OUK as Egypt and vowed never to go back to Egypt again.

But, because the PDP 2023 political permutation is not in their favour, they have swallowed their pride and are beginning to show fake love and loyalty to OUK.

Abians should not be carried away by the so-called coming together of TAO, Ikuku, OUK and the rest of the so-called or nonexistent Old Bende faction.

It will breed nothing except bad governance. The Abia political foundation laid by these people is faulty.

When a foundation is faulty, two options are available. (1) destroy and correct (2) or continue to build and watch it collapse like the Lekki 21 storey building.

For 24 yrs, we have been trying to build a better Abia under the old faulty foundation. The result is the nondescript and deplorable state of Abia. Nothing good can come from it.

Most of the individuals they invited to Abuja for a photo session to prove the fake coming together of the so-called old Bende politicians have been insulted, derided and made public spectacle on social media in the past by Ikuku social media e-rats.

I still remember how one of the groups insulted Cosmos Ndukwe and wrote nasty things about his amiable wife, Ndidi Cosmos Ndukwe on Facebook. I know how they beefed Chima Anyaso and betrayed same Nnenna Ukeje (Ada Bende) in 2019.
The so-called reconciliation is to intimidate Ikpeazu. I will be shocked if the governor succumbed to this cheap blackmail.

Where was the Abia Charter of Equity when TOA and his son became senator and speaker in 2019?

Whether he has performed well or not,Ikpeazu remains the governor. If performance was the criterion to allow a governor to choose his choice, Ochendo was not qualified to choose in 2015.

In terms of good governance, his administration performed woefully. I cannot place anything his government did better than the present govt.

Ochendo loyalists and political sons are still part of the present govt. His son, Ikuku is the present speaker of the House of Assembly that collects N229 million every month from the government.

The hypocrisy must stop. Abians know how Ochendo would have reacted if anyone had granted such daring and annoying interview under his watch.

Ikpeazu is still the Abia State governor. They should allow him make his decisions in peace.

I will continue to speak the truth no matter who it hurts. I am a stakeholder and one of the Abia elders, going by my age.

Do not allow anybody to deceive you. What we need in Abia State is good governance not a baseless zoning. Unless we are not tired of our 24 years of suffering, rape and enslavement.