Opinion: Torture as a violation of human rights in Nigeria. By Okechukwu Keshi Ukegbu Posted by News Mirror, February 2, 2022

Article 1(1) of the United Nations Convention Against Torture explains that torture means ” any act by which severe pain or suffering whether physical or mentally, is intentionally inflicted on a person for such purposes as obtaining from him or a third person information or a confession, punishing him for an act he or a third person has committed or is suspected of having committed, or intimidating or coercing him or a third person, or for any reason based on discrimination of any kind,when such pain or suffering is inflicted by or at the instigation of or with the consent or acquiescence of a public official or other person in an official capacity. It does not include pain or suffering arising only from, inherent in or incidental to lawful sanctions”. 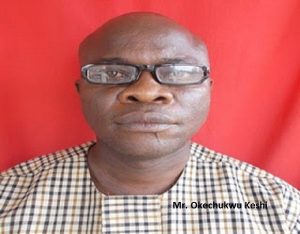 Conventional security agents in Nigeria, and those providing ancillary policing functions such as vigilantes, community police formations, among others have a history of deploying torture as a means of extracting confessions from suspects, albeit under duress.

This negates the provisions of Section 28 of the Nigeria Evidence Act, which stipulates that” A confession made by an accused person is irrelevant in a criminal proceeding, if the making of the confession appears to the court to have been caused by any inducement, threat or promise having reference to the charge against the accused person, proceeding from a person in authority and sufficient, in the opinion of the court, to give the accused person grounds which would appear to him reasonable for supposing that by making it he would gain any advantage or avoid any evil of a temporal nature”.

Conventional security services or those claiming to provide security services in various locations have adopted both physical and psychological methods of torture on victims. These include continuous blows with either fists, gun butts, matchetes or heavy sticks;sexual torture such as rape, threat of imminent rape, insertion of broomsticks or broken objects into victims genitals; forced positions; pouring of contaminated water which may sometimes contain faeces and urine.

Others are suspension or hanging in the air through a hook or some other hard object in the roof of an isolated room; deprivation of food and water for a long period of time; flogging with horsewhips, cane or electric cable; nakedness; rudeness and obscene insult.

Torture strongly contravenes several local and international legal instruments on human rights such as articles 4 and 5 of the African Charter on Human And Peoples’ Rights which provide that” Human beings are inviolable. Every human being shall be entitled to respect for his life and integrity of his person. No one may be arbitrarily deprived of this right”; Every individual shall have the right to be respect of the dignity inherent in a human being and to the recognition of his legal status. All forms of exploitation and degradation of man particularly slavery, slave trade, torture, cruel, inhuman or degrading punishment and treatment shall be probihited.

Also, chapter 4 of the 1999 Constitution provides the following rights to a Nigerian citizen: right to life, human dignity( freedom from degrading treatment,torture) and personal liberty; right to be presumed innocent until proven guilty; right to remain silent; right against self- incrimination; right to fair, open and impartial judicial process, among other rights.

To ensure that the menace of torture is addressed in Nigeria, all international treaties should be domesticated. The federal government, as a matter of urgency, should ratify international treaties containing safeguards against torture and other illtratments, including International Covenant on Civil and Political Rights and its first Optional Protocol; and the UN Convention against Torture; the excesses of local vigilantes, community police formations or any other group claiming to provide policing functions for communities should be strictly checked by judicial processes.

The appropriate quarters should not hesitate to apply punishments when necessary to erring groups, even to the extent of disbanding such groups. Their functions should be restricted to providing intelligence to the police, and they should not be allowed to carry firearms to avoid abuse. On the other hand, recruitment of members into these groups should strictly be based on credibility, and individuals with questionable characters and no visible means of livelihood should not be recruited into those local security arrangements.

Conventional security agents should be exposed to some academic trainings in human psychology, the constitution to enhance civilian- police relations, and respect for human rights. Also, locations where persons are secretly detained should be unraveled and get rid of.

It is also suggested that the” teeth for tat” principle should be applied here in the sense that in the course of torture, the victim dies, the perpetrators should be brought to book and made to face the full wrath by paying with heads through sentencing to death by hanging.

If the above recommendations are strictly applied, the incidence of torture in Nigeria will be highly checked.