For reasons best known to us, this is certainly not the best of times for Ndigbo. The South East is clearly under mental, social, physical and security siege. Besides the age long marginalization which has metamorphosed into exclusion, the Igbo country now faces a fresh pyrotechnics from the rampaging federal authorities at all levels. 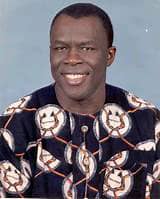 Not long ago, the erstwhile National Election Commission (NEC) boss, the iconic Professor Humphrey Nwosu, marked his 80th birthday anniversary. It did not attract a spectacular attention from high places, perhaps because Nwosu hails from the wrong side of the divide. For the purposes of a recap, Nwosu was the man behind the mask that made the now famous June 12, 1993 presidential election to happen. He insisted, even at the risk of his life, that the election which the regime of retired General Ibrahim Babangida had spent several billions of naira on must be conducted. For that reason, he came up with the magical Option A4 which really worked wonders. 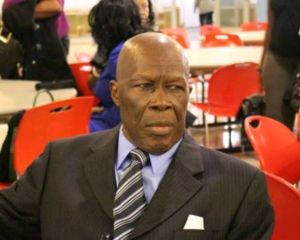 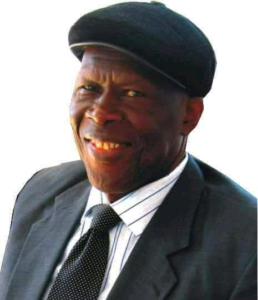 As Babangida eventually annulled the election which was variously rated by international observers and local monitors as the freest, fairest and most credible election in the history of Nigeria, the military still hung-on to power between 1993 and 1999.

And now President Muhammadu Buhari had conferred Nigeria’s highest honour to the acclaimed winner of June 12, 1993 election, late Moshood Kashimawo Olawale Abiola. Abiola was given a posthumous award of the Grand Commander of the Federal Republic (GCFR), his then running mate, Babagana Kingibe, was recognized with the award, Grand Commander of the Order of the Niger (GCON).The late human rights activist and lawyer, Chief Gani Fawehinmi, was also rewarded with a GCON award. Shortly before that, Buhari had announced that Democracy Day in Nigeria would be celebrated on June 12 and not May 29 each year.

Tragically and quite incomprehensibly, nothing was said about Nwosu, the pillar of June 12, 1993 presidential election. Had Nwosu compromised as most public officers in his shoes would have toed, there would have been nothing like June 12, 1993. Yet, yes! Because he is Igbo, Buhari and those who packaged the June 12, 1993 honours deliberately left out Nwosu, the June 12 exponent. Abiola and Fawehinmi from West were honoured alongside Kingibe from North but not Nwosu from South East. This type of haphazard approach to national issues and clearly ill treatment against the Igbo is another part of the reason Nigeria wobbles here and fumbles there. It does not guarantee development. It does not promote growth, even of the minutest proportion. Rather, it breads anarchy, contempt and chaos.

This is not the first time Nigeria is disregarding Ndigbo, during the unfortunate civil war, Biafran scientists most of who were from the University of Nigeria Nsukka (then University of Biafra), formed the Research and Production (RAP) Agency of Biafra which included a Weapons Research and Production Group. That productive unit was headed by Colonel Ejike Obumneme Aghanya. Its goal was “to develop an indigenous arms industry”. It really manufactured, produced and fabricated ammunition, grenades, armoured cars, rockets, landmines, bombs, etc. According to a report, “The most effective and infamous product was the Ogbunigwe of which there were different types in various sizes. The term Ogbunigwe later came to include grenades and landmines but initially referred to non guided rocket propelled surface-to-air missiles which were later converted to surface-to-surface missiles. The engineers Seth Nwanagu, Willy Achukwu, Sylvester Akalonu, Nath Okpala Gordian Ezekwe, Benjamin Nwosu and others were instrumental in the design and production of the weapons”. It was reported that Ogwunigwe which was nicknamed Ojukwu Bucket by the federal forces was highly dreaded by the Nigerian soldiers that the mention of it sent jitters down the spines of the enemies.

Sadly, at the end of the civil war nothing was done to incorporate the Biafran engineers or scientists into the national scheme for technological growth and advancement. They were all rejected and allowed to vanish just like that. Down the line, shortly after the civil war, the oligarch, in a most uncivilized manner, approved just 20 pounds for any Igbo who had money in the banks, no matter the millions in the bank. Yet when both East and West Germany got reunited at the collapse of Communism, the dominant West Germany transacted the Deutsche Mark in equal proportion with the returning East Germany. T

Today, there is no grumble in Germany. There are no cries of marginalization and that is a part of the reason the country easily got together for national integration which has put it on the lane of growth and development. Compare Nigeria and Germany and you will see a stark difference!

Again, at the time Ndigbo were struggling to survive, the Nigerian feudal masters struck yet again. It was the indigenization policy which was “a set of regulations meant to regulate businesses, compelling foreign-owned firms to sell 51-percent of their business to blacks over the following years. Five-year jail terms are assigned to foreigners who do not submit an indigenization plan or use locals as fronts for their businesses”. Practically, all other zones got shares from Nigerian corporations but Ndigbo were left out as they had not much to effectively bid for ownership! This was the genesis of Ndigbo’s exclusion from Nigeria’s public enterprises and successive governments ensured this evil practice was continued till date.

Have you, as Igbo ward, asked yourself, why did we have no international airport in the South East until 2013 when President Goodluck Jonathan upgraded the Akanu Ibiam Enugu Airport to an international status? Again, until Jonthan emerged, are you aware that there was no Igbo army chief since General Aguiyi Ironsi was assassinated on July 29, 1966? Even, it was just between 1999 and 2007 that the Federal Government created a police zonal command in the South East. There are other shocking examples.

The Nigerian government is eternally anti Igbo. Ndigbo must therefore come together and ensure that they always elect public officeholders who they would call to account for their stewardship. Ndigbo must resist imposition of all kinds and be ready to speak in one voice.