I want to apologize for reaching you publicly like this. Extra ordinary times demand extra ordinary measures.

However before I proceed, I must emphasize that you remain my big brother and a senior friend for whom I have great respects for. I shall therefore choose my words very carefully in this my letter to you. 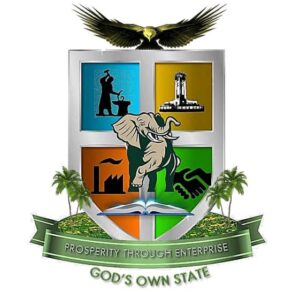 Yesterday, I had a hot argument with one of my friends who told me that you, Nwadiala Aba la Ohazu is campaigning for Mascot Uzor Kalu to go to the House of Representatives to replace the Late Ossy Prestige. I told him point blank that you would never bring yourself to such a mundane point. Indeed, I told him off and dared him to show me any evidence. Later last night, around midnight, he sent me these pictures which I have put here. 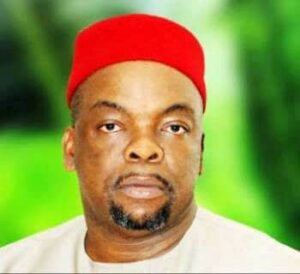 Dede, to be honest, I was deeply pained. Infact, I was disappointed. If not that I had taken my dinner of akpu and miiri ukazi garnished with azu okpoo, I wouldn’t have been able to eat last night. 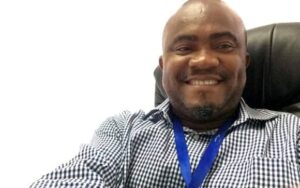 First, let me state clearly that as a lawyer, I am aware of the fact that you are fully entitled to your own political choices. So you have not committed any offence at all.

But Dede, you have committed an egregious sacrilege against our people and I will tell you why… here and now.

OUK was Governor of Abia from 1999 to 2007. Within that period, Ngwa Road and Ohanku Road which lead to your compound decayed completely. No attempt was made to fix it.

Later, for another 8 years, Nnanna Uzor Kalu, the younger brother of OUK was foisted on the people of Aba as Member of the House of Representatives. Dede, can you show me one single thing that he brought back from Abuja to the people of Aba?

Dede, I am very much aware that for several years, you have not been able to enter your compound at Ohanku Road on account of bad road. Yes, that iconic compound that produced the greatest pair of educationists in Ngwaland, your late Dad and his brother, the great Pa Mo.

Nwadiala, even as a Federal Commissioner representing Abia State at the Revenue Mobilization Allocation and Fiscal Commission, and as Federal Minister for Labor and Productivity, Ohanku Road remained in ruins.
Nobody bothered to go there including the people you want to support to go to the Federal House now.

It took an Ikpeazu to muster both the political will and the financial muscle required to enter both Ngwa Road and Ohanku to commence work there.

As a result of the seriousness of the decay of Ngwa Road, Ohanku and Obohia roads which all lead to your family compound, Ikpeazu understood that it will be difficult for the state government to solely fund the project. He sought for collaboration with the World Bank and they listened to him.
Dede, as Governor, Ikpeazu personally led the talks with the World Bank team at their office in Abuja to finalize the terms of this project. When I became his Chief Press Secretary, I joined the team to the meetings with the World Bank and I saw first hand, the naked passion with which Ikpeazu employed in his talks with the guys at the World Bank.
When he spoke at the meetings, he did so with great love for fatherland. He took his time to marshall his points and made it clear that unless the Ndiegoro area of Aba comprising of Ngwa Road, Uratta, Ohanku, Obohia and Port Harcourt Roads were fixed, Aba would remain in the doldrums of underdevelopment. The World Bank agreed with him.

Today, we have in our kitty, 27.4 Billion Naira for that project. Abia State Government, under Ikpeazu paid a massive counterpart fund to activate this money. Work has started on Ngwa Road, Ohanku and Obohia. The flood control component of this project is the largest in scope in the history of our state.

I recall one of the days we went to the World Bank office in Abuja for our meeting. That was the day Ikpeazu told them that he as Governor will be prepared to make any legitimate commitment to ensure that this project will see the light of the day.
When we came back from that meeting, I asked him why he was so very passionate about this project. He gave me an answer that pierced my heart. He told me that as a little boy, he had lived in your compound with your uncle, the great Pa Mo, of the blessed memory. He told me that he has the fondest memories of that area and how as little boys, you all had all the time and space to play football and enjoy yourselves. He said that the decay of that area and the suffering it has brought upon the people there breaks his heart.
And then he told me that there was no way he would be Governor and leave office without fixing that area. That he owed it to our ancestral land, and to the memory of your late uncle, Pa Mo, to fix those roads.

So, Dede, what exactly is your reason for supporting Mascot Uzor Kalu in this bye election?
What message are you passing to the people of Aba la Ohazu?
That they should abandon the party that has brought hope to them?

Dede, can you in all sincerity address a gathering of Aba la Ohazu people today and ask them to leave the candidate of the PDP and vote for Mascot Uzor Kalu? What reasons will you give them?

Why would the Uzor Kalu family use Aba as their political Guinea Pig?

In what way has Mascot Uzor Kalu contributed to Aba’s growth?

His brother Nnanna spent 8 solid years at the Green Chambers, what legacy did he leave for the people of Aba?

Dede, do you recall that sometime in the past, you wanted to go to the National Assembly. I can’t remember whether it was the House of Representatives or Senate. You wanted to go and represent your own people. It was this same guys that stopped you. Yes, the people you now want to go to the House of Representatives stopped you.

Nwadiala, you are today, the most successful politician from Aba la Ohazu. No other son of Aba la Ohazu has been privileged to hold the positions you have held in this country.
Are you happy that since 1999, no son or daughter of Aba la Ohazu has ever gone to the House of Representatives to speak for his fatherland?
Is it that there are no qualified people here?

What are you saying to your own people with this your latest move?

What message are you sending to your younger brothers and sisters in Aba la Ohazu? That they have no right to aspire, even in their own fatherland?

As a stakeholder in the APC, is this the best you can offer the people of Aba? Your own people?
Are there no other people in APC in Aba?
Anyi nga igbara family OUK agbara la ala Aba?

Why would any reasonable person support another Uzor Kalu to go and represent Aba in Abuja after they had taken 8 full years before now?
Dede, how do you sleep at night remembering that you are standing against a son of Aba la Ohazu from going to represent his own land for the first time?

Yes, we agree that Aba is a cosmopolitan town. We have supported the emergence of other people for this seat before now. What is wrong with having an aborigine of Aba occupy that seat for the first time?

Dee, our people are not happy with you o. Trust me. Most of them won’t tell you but I am telling you this truth today.

Let me end by taking your mind to Chinua Achebe’s THINGS FALL APART. Ogbuefi Ezeudu told Okonkwo… “That boy calls you father, bear no hand in his death”.

Obierika, Okonkwo’s friend told him “If the oracle says that my son should die, I would neither disobey the oracle nor be the one to carry out the instruction”.