Apex Igbo socio-cultural organisation, Ohanaeze Ndigbo, has urged the Governor of Abia State, Okezie Ikpeazu to restrain one Okechukwu Isiguzoro who allegedly parades himself as its national secretary from bringing shame to the Igbo nation. 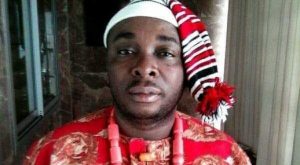 The national vice president of the Igbo organisation, Damian Okeke-Ogene, who briefed journalists on Friday said the authentic national scribe of the body is Ambassador Okey Emuche.

Isiguzoro has serially signed and issued press statements and other communique to the public as the secretary of the Igbo apex body.

Okeke-Ogene said: “I also want to use this opportunity to comment on the antics of one Isiguzoro who is claiming to be the secretary-general of Ohanaeze Ndigbo. I urge the public to ignore any report from the one-man Ohanaeze Executive called Isiguzoro from Abia State.

“The Secretary-General of Ohanaeze is Ambassador Okey Emuche from Abia State who was duly elected by the seven states of Ohanaeze on 10th January 2021 at Dan Anyim Stadium Owerri, Imo State Capital.

“On this note too, I am calling on the Secretary-General of Ohanaeze, Ambassador Emuche to be alive to his responsibilities and avoid leaving a vacuum for Isiguzoro to claim and exploit in the media space to mislead the public.

“I apologize to those he has embarrassed with his write-ups. The reports were certainly not the stand of Ohanaeze Ndigbo.”