Now that Ndigbo have stepped out for the presidency Posted by News Mirror, January 14, 2021

Anticipated entry of Central Bank Governor Godwin Ifeanyi Emefiele into the presidential race beginning in the second quarter of 2022 will add gravitas, broaden the range of candidates on offer from Igboland and yet complicate matters. As of 12 January, five Igbos have declared interest in the presidential race contrary to whispers that Ndigbo do not want to contest, want the presidency on a platter or lack the nerve to run. The numbers and calibre of persons show audacity. 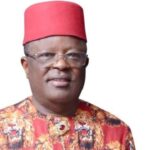 Ebonyi State Governor Engineer David Nweze Umahi, Senate Whip and one-time Abia State Governor Orji Uzor Kalu in the APC are in the race. Posting a bid in the PDP is former Senate President and Secretary to the Government of the Federation Anyim Pius Anyim. 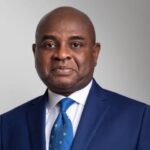 Then there are Prof Kingsley Moghalu, former Deputy Governor of the Central Bank on the platform of the African Democratic Congress and Mazi Samuel Iheanyichukwu Ohuabunwa, former President of the Pharmaceutical Society of Nigeria and convener of the New Nigeria Group.

Expect more declarations from Saturday, 15 January, when a young entrepreneur and social innovator from Onicha Ugbo proclaims his interest, as will a former commissioner in Imo State. The entrepreneur’s pitch will be capacity and youth untainted by participation in Nigeria’s Fourth Republic politics.

The declarations confirm the availability, readiness, and willingness of Ndigbo to jostle for the Number 1 position in Nigeria. It should disprove the growing blackmail that the people are unwilling to compete.

It is worthwhile to interrogate what is on offer. There are several angles and complications. They are such that the people would require the wisdom of Queen Serpent to navigate.

The Igbo canvassed the presidency’s to go to the South-East region. The advocacy drew on the evidence that it is the only one of the six geopolitical zones yet to hold the highest position. Ohanaeze argues that the job should also come to the region for equity among the ethnic pillars of Nigeria in the Hausa-Fulani, Yoruba, Ijaw, and Igbo. The central plank of the advocacy was geopolitical rather than ethnic.

David Nweze Umahi brings to the race a record of outstanding performance as Governor of Ebonyi State. When his party speaks of infrastructure delivery as a winning card, they can showcase Umahi. The Governor has transformed Ebonyi State from the poor cousin of the South-East to a worthy sibling of equal standing and regard in the family. His value proposition is the HR mantra of past performance as a potential predictor. He is also young compared to some geriatrics that are canvassing for the post.

Umahi faces considerable antagonism from the South-East, though. Many acknowledge his feats in building new Abakaliki and Ebonyi towns but decry his seeming nonchalance to Igbo causes. Umahi has played active roles in the politics of the Fourth Republic since 1999. 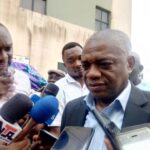 Orji Uzor Kalu is a politician dyed in the wool of that class. His declaration has the ring of deniability with a disclaimer. He issued a conditional proclamation that he would enter fully if the APC cedes the position to the South-East. Yet he has been the most verbose of the lot in making his case. Citizens are to draw their conclusions: is he in or not?

Kalu, the first governor of Abia State in the Fourth Republic, is wealthy, and his network is vast. He has good links with Northern Nigeria. His brand visibility and top-of-the-mind awareness are high. He is media savvy, epitomised in owning two newspapers, Daily Sun and New Telegraph. He is also a formidable fighter for his causes and has promised Bola Ahmed Tinubu a keen fight for the APC ticket. However, he has the albatross of his performance in Abia State and the unfinished matter of a court case seeking recovery of N7b of Abia State funds.

*Emefiele*
Godwin Emefiele has not declared formally any interest in running for the office of the President on any platform. The only inkling is a report online. However, he has yet to disclaim the speculation more than 24 hours later. The rule in the social media age is to respond within 24 hours to any untrue report. The Americans even recommend eight hours (an entire workday), or citizens are free to assume the news is accurate.

Godwin Ifeanyi Emefiele from Agbor in Delta State is Igbo from the South-South zone. President Goodluck Jonathan recently occupied the office and represented the South-South. If you go by the geopolitical representation, Emefiele will not qualify in the view of Ohanaeze.

On ethnicity, Emefiele qualifies. Sociologists recognise two of the core criteria in identifying origins: language and names. Ifeanyi is an Igbo name. Emefiele is at home with Ika as he is with the Igbo language.
Emefiele would bring into the APC contest the element of surprise. A vast network draws from his unprecedented two terms as Governor of the Central Bank and his years as chief executive of a leading bank. As CBN Governor, he has led from the front on many policy matters.

However, Emefiele would also complicate the argument for the Igbo. He is not from the South-East, but he is undeniably Igbo. A conundrum.

Emefiele was not known for any political interests until September 2021, when some groups convened to draw up a plan for his possible run quietly. The grapevine claims he is a favourite of several influencers among those who claim the ownership of Nigeria. IF he enters, it will make the race in APC even more dramatic. Will Emefiele run? Whose interest does he represent? 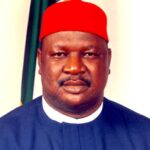 Anyim Pius Anyim probably has the most qualified resume of the lot concerning the federal political experience. He managed the Senate well as President. He mixed well with persons from all the zones. He then capped it with years as Secretary to the Government of the Federation, a significant position in policy and execution.

Anyim is usually understated. He is not loud. Not surprisingly, many even in his region dismiss his entry and do not reckon with his experience, exposure, and education. Anyim probably enjoys how friend and foe alike underrate him until he shows up with the prize.

Prof Kingsley Moghalu and Mazi Sam Ohuabunwa are two very good men. They are presidential candidates any day. However, they have not shown their capacity to build an independent platform to run against the two dominant parties in the past two years. How will they hack it?

Another critical question. Where is Peter Obi headed in all this? Obi bears the hopes of many of his kin and countrymen. Is the knife not sharp or does the wielder lacks will, as the Igbo say?

The candidates need to raise their visibility. They also need to play the ground game with skill, commitment, and passion. Interesting days ahead. It is critical for them and their kin to ignore the noise of the marketplace as they press the case for a president of South-East extraction or from Igboland.