The General Manager of Traffic And Indiscipline Management Agency Of Abia State (TIMAAS) Comdr, Bright Chinedu Ikeokwu has directed the immediate stop to impounding of Vehicles for wrong turning within Osisioma, Brass, Ezikwu and Bata Junction area pending the completion of the installation of the Signages at the appropriate locations. 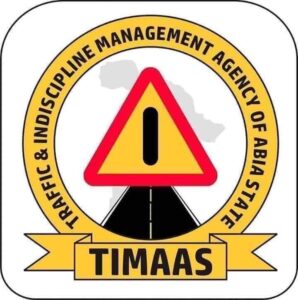 While on a routine check on his Officers on duty, the GM directed the immediate suspension of 4 Officers for various unprofessional conducts. The suspended Officers were seen deliberately watching the motorists take a wrong turn so as to apprehend them instead of directing them appropriately.
Such unprofessional conduct is against the ethics of TIMAAS who’s mandate is not to inflict anyone with pains but to restore discipline and ensure we have free flow of traffic in the state.

Comdr, Ikeokwu also noticed with total dismay the continuous infringement and duplication of duty by some miscreants that parade themselves as local Government Taskforce. He called on the LG Chairmen of Aba North and South to as a matter of urgency call these boys who claim to work for them to order, as his Agency will no longer tolerate further molestation of the motorists from them. 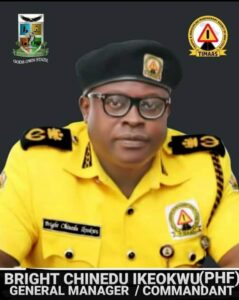 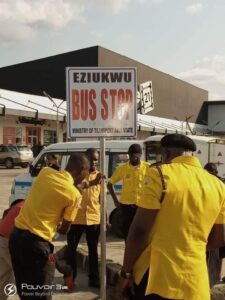 TIMAAS boss stated that while his Agency is continuing with the installation of Signages at strategic places in the city, his Officers will henceforth Commence assisting road users to know what is expected of them instead of waiting for drivers to contravene the law.

All Officers of TIMAAS and those that claim to be working under verious Local Governments especially Aba North should please take note.