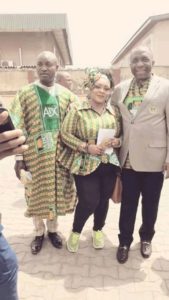 A philanthropist, founder of Nkemdi Mordi Development Initiative and the senatorial candidate of the UPP for the Lagos West Senatorial zone,   Hon. Nkemdi Chibuogu Mordi has tendered her resignation from the UPP. According to her, her decision was influenced by the will and choice of her teaming supporters and followers which she holds in a high esteem who are aggrieved with several problems and disagreement tormenting the UPP. Recall that INEC yesterday deregistered  UPP.
Confirmed reports made available to NewsMirror has it that Hon. Mordi has been officially welcomed to the ADC. 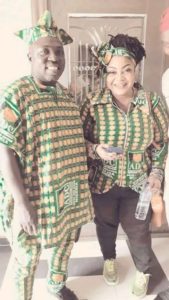 After a widespread consultations and negotiations with my supporters and associates. After many unreconcilable differences in UPP which is targeted at some stakeholders of UPP. 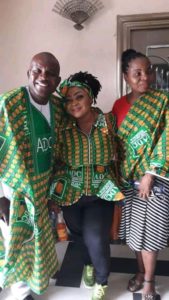 I Nkemdi Mordi the UPP senatorial candidate for Lagos West Senatorial zone do hereby tender my resignation from UPP.

MY next mission will be made public in due course

THUG OF WAR IN ABIA PDP OVER PARTY CONGRESS

Wike Slams Oshiomhole, Resign Now, Am A graduate of Law and Political Science–Tell Nigerians your University