Veteran Musician, Victor Uwaifo, died at the age of 80 on Saturday. 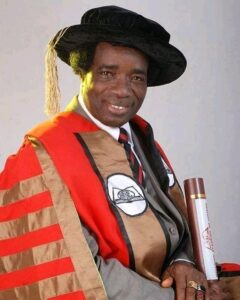 He was said to have passed on after a brief illness.

In his lifetime, Uwaifo made a huge impact not just in the entertainment but academic sector.

The history of Nigeria’s legendary musician is incomplete without him.

Below are nine things you should know about the music legend.

He was a musician, writer, sculptor, and musical instrument inventor.

He served as the Commissioner for Arts, Culture and Tourism under former Governor Lucky Igbenidion of Edo State.

He was a lecturer at the Department of Fine and Applied Arts at the University of Benin, Benin

He was the winner of the first gold disc in Africa (Joromi) released in 1965 and seven other gold discs in Guitar boy, Arabade, Ekassa series and Akwete music.

He had a Bachelors degree (first class valedictorian), Masters degree and Ph.D in Architectural Sculpture from the University of Benin.

Before his death, he asked the government to take over his private music museum to save it from total rot.