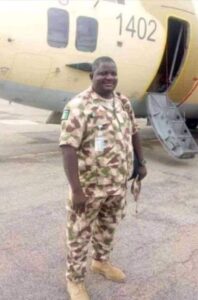 SaharaReporters gathered that the colonel and some soldiers, who were on routine patrol, ran into an ambush by the bandits, which led to his death.

Two other soldiers and some civilians were also killed by the gunmen.

A security source said the bandits, armed with AK-47 rifles, invaded the village on motorcycles before launching the deadly attack.

The killing of Manu happened five days after another, colonel, D.C. Bako, was killed in a Boko Haram ambush in Borno State.

Katsina State had in recent months been grappling with security challenges posed by kidnappers, bandits and rustlers.