Islamic Cleric Sheikh Ahmad Gumi on Sunday warned that declaring bandits as terrorists will mark the end of Nigeria as a sovereign and united entity. 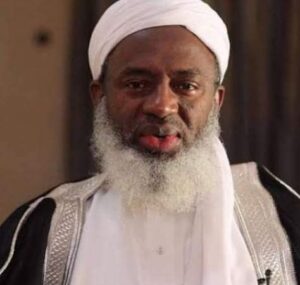 Mr Gumi, a retired army military officer and mufti, admitted that the devastation inflicted by rampaging bandits in Nigeria’s northwest amounts to terrorism, but President Muhammadu Buhari’s labelling them as such will invite additional consequences that will consume the entire country.

“The acts the bandits are committing now in NorthWest have gradually over time become tantamount to terrorism because wherever innocent people are fatal victims it’s pure terrorism,” Mr Gumi said in a Facebook post on Sunday night.

The cleric warned that the moment bandits are designated as terrorists, “Islamic for that matter, the direct foreign Jihadist movements will set in in force.”

Many teaming unemployed youths may find it palatable and attractive. Shouting ‘Allahu Akbar’ plus AK47 against a ‘secular’ immoral society where impunity reigns are the magnet for extremists and downtrodden – the majority of our youth. Already these deadly terrorist groups are fighting for the soul of these bandits,” he said.

“This will give criminality a spiritual cover and remove the stigma of discrediting them with such crimes since now they are fighting a ‘Jihad’ as they will claim.”

Mr Gumi said, since Boko Haram has already gripped the North-East, separatist agitators in the South-East and South-West will easily seize on the lawlessness sweeping the northern regions.

“North east is already and is still devastated by this madness for over 12 years. If we allow, terror, to set in into these raw naïve unexposed bandits, North West will be in ruins sooner than later.

“Already IPOB are destroying South East and Igboho has set the ball of confusion rolling in Southwest. For those who want to destroy the Northwest it’s a good recipe.