A female student of Nekede Polytechnic identified as Jennifer Chinemerem lost her life after she was thoroughly beaten by her angry boyfriend. 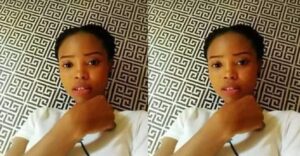 According to the reports, Jennifer Chinemerem, a native of Emeabiam in Owerri West LGA allegedly died following the physical injury inflicted on her by her boyfriend, whose name is yet to revealed.

It was gathered that Jennifer was a student of the department of office technology and management at Nekede Polytechnic in Owerri.