Meanwhile, a Nigerian returning from Pakistan, Ezenyeche Kingsley Ebuka has been arrested by NDLEA operatives at the Murtala Muhammed International Airpirt, MMIA, Ikeja Lagos with five pellets of heroin weighing 250grams discovered in his anus. 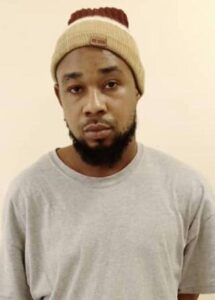 The suspect had arrived the ‘D’ arrival hall of the airport on 14th June on Turkish airline flight from Pakistan with the illicit drug inserted in his anus. He however failed to beat the eagle eyes of narcotic officers during inward clearance of passengers on the flight.
While commending the Ogun, Oyo, Kaduna and the MMIA Commands of the Agency for sustaining the offensive action against illicit drug trafficking and the cartels running it.

Gen. Marwa warned that the NDLEA will not spare any law enforcement agent hiding under the privilege of his uniform to engage in narcotic criminal business.

“Those who think they can sabotage ongoing efforts to rid Nigeria of the menace of illicit drug trafficking and abuse hiding behind the façade of their uniforms should better think twice because they’ll have NDLEA to contend with. We’ll not only arrest and expose them but we’ll equally prosecute them and seize all assets acquired through the proceeds of their criminal act”, he warned.

Hisbah arrests man for putting himself up for sale