The South South Peoples Conference (SSOPEC) has tasked President Muhammadu Buhari and Attorney General of the Federation and Minister of Justice, Abubakar Malami, to make public result of the forensic audit of the Niger Delta Development Commission (NDDC) and take action against culprits indicted in the mismanagement of the agency. 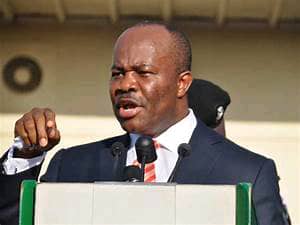 The group, in a statement, yesterday, said the Buhari administration should be proactive in all matters concerning the NDDC, especially on the just concluded forensic audit which was supervised by the Minister of Niger Delta affairs, Senator Godswill Akpabio.

Its chairman, Prof. Sotonye Amakiri said: “SSOPEC advises President Buhari and Attorney General of the Federation to make sure the final report of the forensic audits and those indicted in the report is made public and the government takes action on the culprits before the reconstitution of new governing board of the NDDC because we the leaders of the Niger Delta region want the incoming board to archive the core mandate of what NDDC was created for, especially in the area human capital development and development of the nine states of the region.”