Chief Ikwunze took to his Facebook wall to hail Chief Pinick for his arithemetical progression in sports in general, and football in particular, from being Chairman Delta State Football Association to Chairman Delta State Sports Commission where he worked like needle and thread with my friend Victor Onagagamue to becoming President Nigeria Football Federation to being a member of CAF EXCO and now member FIFA EXCO describing it as an amazing rise to top echelon of FIFA in just seven years after his first election in 2014 as President of NFF. 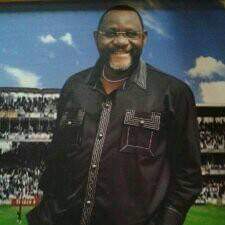 He added that, Amaju Melvin Pinnick has had an amazing rise and posits that,ruly, upliftment only comes from God.

“You have created a record for yourself as the third Nigerian to be a member of FIFA EXCO after Etubom Orok Oyo and Dr Amos Adamu ..Chief Ikwunze added.

While congratulating him in this rare feet, he however admonished him to use his position to turn around the fortunes of Nigerian football.

Rohr lists Musa, Ekong, 29 others in provisional squad for Cameroon friendly in Austria