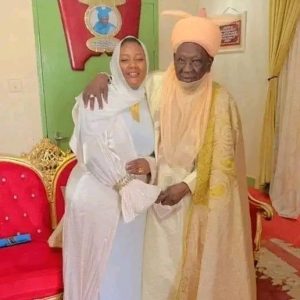 The wedding took place in Safana town of Katsina State, Daily Trust reported citing a source familiar with the matter.

The source also disclosed that the Emir married A’isha at a lowkey nuptials after a brief courtship that lasted barely a week.

The bride is a daughter of former local government chairman of Safana, Alhaji Yahuza Gona.

Another source told the publication that the new bride was already in her matrimonial home in Daura.

Recall that the Emir married a 20-year-old lady, Aisha Iro Maikano, in December, 2021.

The monarch had in 2015 married a much younger woman, Gimbiya Aisha Umar Farouk, and they both have two children together.