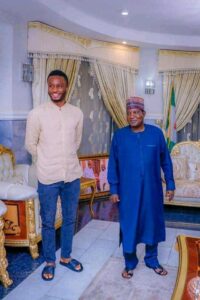 Stock City Captain disclosed this today when he visited Governor Simon Lalong of Plateau State in the Government House Jos.
As part of giving back to the society and also harnessing of more talents for the country and uplifting the people from Poverty, the Netherlands 2005 WYC, 2nd best player make such a magnanimous decision. 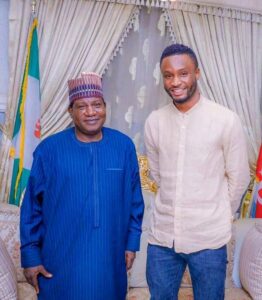 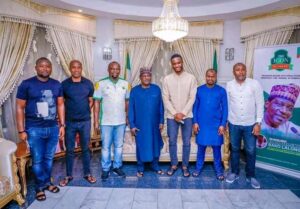 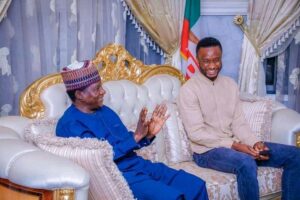 Recall that the former Lyn Oslo of Norway, Chelsea FC of England ,Tianjin Teda, Middleborough of England and Tranzobor of Turkey Midfielder who came into the limelight during WYC championship in Netherlands in 2005 after he representing the country in FIFA U-17 world cup in Finland in 2003 last week visited Governor Yahaya Bello of Kogi State.