It was a great jubilation for the customers and the Management of Merry Homes Hotel, Ogbor Hill Aba, Abia state as Abia state Government and the Nigeria Police, Abia State Command unsealed the hotel and gave it a clean bill to start business once again. 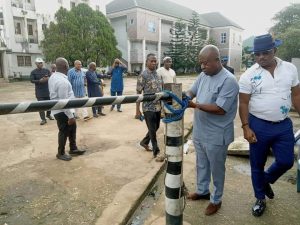 Recall that on April 15, 2022 an unfortunate incident happened in the hotel as a young lady, later known as Chihurumnanya Udeh, a native of Edda, Ebonyi state but resident at No. 125 Umunkama road by St. Dominic Ngwa road, Aba was gruesomely murderd in one of the hotel rooms and her 11- months old child taken away by her killers. 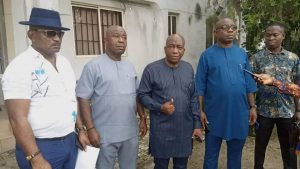 That led to Abia state Government sealing the hotel in order to maintaining law and order as investigation commenced with the assistance of security apparatus ( CCTV) footage provided by the hotel to security agencies.

The hotel Management and staff assisted the Police in no small measure which led to the arrest of the suspected killers, Chimaobi Anyim kalu, a 25 – year old boy living at No. 44 Nwogu street by Ngwa road, Aba and David Ogwo Orji, 21 and resident at Umunkama roundabout on the 20th of June, 2022. 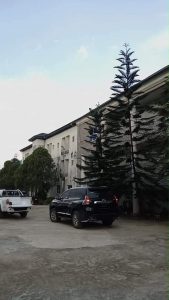 Both suspects claimed to be Motorcycle ( Okada ) riders and hails from Ugwueke, Bende LGA, Abia State but resident in Aba.

They were taken to the state C1D, Umuahia where they confessed to their crimes and was paraded before the Press at Police Headquarters, Umuahia by the Abia State Commissioner for Police, CP Janet Egbede on 20th June, 2022.

The Abia state police command through their investigation, confirmed that aside that incident, nothing of such has occurred in the past years at the hotel, shutting down the malicious rumour by mischief makers that such incident has happened in the past at the hotel.

After their investigstion, the police exenorated the hotel from any complicity and recommended that the hotel should be unsealed.

On the 14th of July 2022, Abia State Government, led by Chief of Staff to the Governor, Chief Okey Ahiwe, the Commissioner for Information, Dr. Ezechikamnayo, Commissioner for Home Land Security, Chief Sopuruchi Bekee, DPO Azuka Police station, Ogbor Hill Aba were present at the premesis of the hotel in Aba to unseal the hotel and declared it free and open for business.

The Management of the hotel said mischief makers used the incident as a black tool which the police report had vindicated the hotel and they therefore gave assurance that such will never occur again as they have put in even more security measures both physical and improved surveillance.