Meet the new Vice Chancellor of University of Delta, Agbor 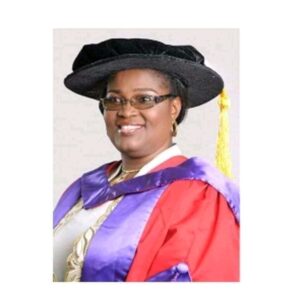 Prof. Chiemeke started her professional career first as a programmer (1986-1987) and later as the Head of Computer Centre of the Edo State University (Now Ambrose Alli University), Ekpoma (1987-1994). In 1994, she switched to teaching career when she joined the services of the University of Benin, Benin City, as an Assistant Lecturer. Prof. (Mrs.) Chiemeke rose to the position of a Professor in 2009 to become the second Female Professor of Computer Science in Nigeria. Her area of specialization includes Software Engineering, Digital forensics, Information and Communication Technology Project Management and Software development. 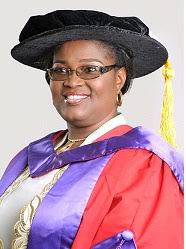 Prof. (Mrs.) Chiemeke is a member of many recognized professional bodies both in Nigeria and abroad. She is a Fellow of Nigeria Computer Society, (NCS, 1999 – date), a Fellow of Strategic Institute for Natural Resources and Human Development (FRHD), a Fellow of Renewable and Alternative Energy Society of Nigeria (RAESON, 2015), a member of Computer Professional Registration Council of Nigeria (CPN, from 2000 – date); a member of Association of Computer Machinery (ACM), USA (2000 – date); an affiliate member of the Institute of Electrical & Electronics Engineers (IEEE, UK (2001 – date); a member of the International Network for Women Engineers and Scientists (INWES), Ottawa, Canada (2005 – date), member of the Organization of Women in Science and Technology in Developing World, (OWSD), Trieste, Italy (2005 – date), member, International Association of Engineers, (IAENG), UK. (2006 – date) and member, Nigerian Women in Information Technology (NIWIIT, 2013 to date).

Prof. (Mrs.) Chiemeke has served in various administrative capacities both in the University and beyond. She was elected as the Assistant Dean of the Faculty of Physical Sciences, University of Benin in January 2006 – June 2007. She was appointed as the Acting Head of Department of Computer Science (2002-2004 and 2006-2009), Director of ICTU/CRPU, University of Benin in July 2010 to February 2015, the Director of Intellectual Property and Technology Transfer office (IPTTO), University of Benin in February 2015- March, 2017. She also recently served as the Rector, Delta State Polytechnic, Ogwashi-Uku. Outside the University, she has served as the pioneer Vice-chairman of the Committee of Directors of ICT in Nigerian Universities (ComDICT), visiting Professor and External Examiner at undergraduate and postgraduate levels in over fifteen institutions. Prof. (Mrs.) Chiemeke has served in several adhoc committees in University of Benin and supervised over eighty (80) students for the Master of Science Degree and twelve (12) Doctoral Degree students in UNIBEN. 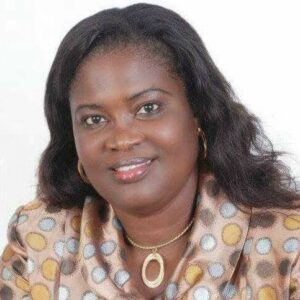 Prof. Chiemeke has been a strong advocate of the employment of ICT in renewable energy production, distribution and usage, as well as the use of renewable energy in the ICT processes or sector. Prof. Stella Chiemeke is a devoted Christian and a loving mother. She is an active member of Council of Knights, and a Knight of St. Mary.
Source:#ndiagbor