The election held at Stonehedge Hotels Abuja followed the expiration of the tenure in office of the former Executive committee headed by Alhaji Bello Abubakar. The Election committee was chaired by Prof Onyibe Johnson of the ABU Zaria.
The event had delegates from the 36 states of Nigeria plus FCT.
The election was observed by The Board of Trustee members, patrons and critical partners in the industry including representatives of the National Assembly, Central Bank of Nigeria, Unity Bank, Insurance companies, seed council and input companies and big names in Nigerian Agriculture.
Alhaji Bello emerged as winner for the second term following an unpresidented first tenure performance.
He announced that MAAN was now into over 100,000 direct mechanized cultivation of Maize, has acquired over
100 tractors, 15 combined Harvesters, 32 harvesters, warehouses in many states as well as irrigational facilities, operational vehicles and equipment a cross the country. He announced MAAN acquisition of office estates in Abuja and challenged members and state chapters to acquire additional farmland in state for Nigeria to conquer hunger.
He announced the celebration of MAAN 30th anniversary in January 2022 where President Bihari is expected to unveil 30 maize pyramids in Abuja
He was inaugurated by the BOT chairman Dr Ajala of the IITA supported by Hon Amanze Israel BOT South East/South south.
In his speech Chief Amanze congratulated Alhaji Bello and his new executive and eulogized him for a wonderful first term performance.
He addressed the South East Caucus and admonished them to follow up closely with the national executive and ensure
that the 5 South East states keyed MAAN and CBN programs and ensure mechanized maize production in 2022. 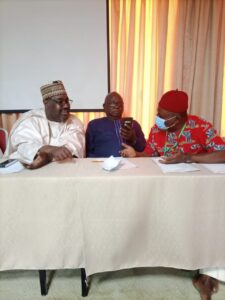 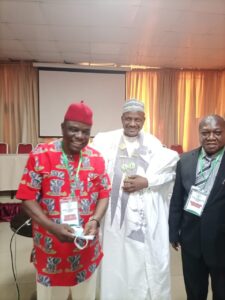 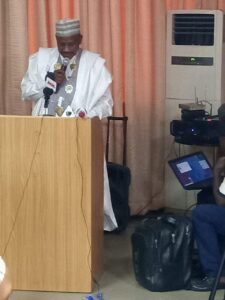 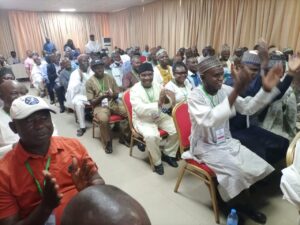 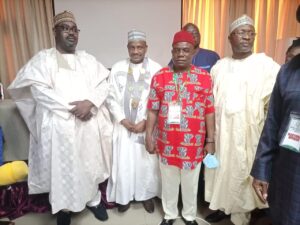 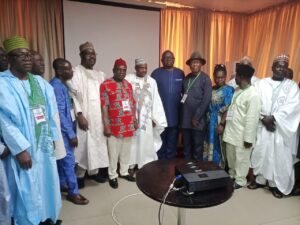 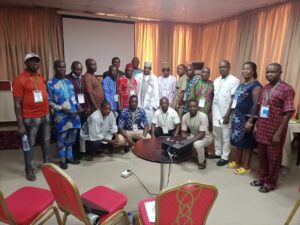