Former President Goodluck Jonathan, has given reason a politician could be called to come back to lead the people after losing an election. 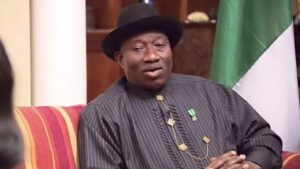 Recall that Jonathan lost his second term bid to President Muhammadu Buhari in 2015.

According to the former Nigerian leader, the way leaders are perceived while in office canq play a major role in their political career.

He charged African leaders to always pay attention to the way the majority of perceive them and their policies while in office.

He said for this reason, even after they lose elections, they can be called back to rule again by popular demand.

“Whatever a leader is doing, he needs to understand the fact that the perception of his policies and decisions would be a critical factor to be considered because he is thereq for the people,” Dr. Jonathan said.

“A leader can be doing all the right things to be done for nation-building, but if the perception among the people does not match what he is doing, then he can never go very far in politics