Kudos to Obingwa’s TEDA As The Abia State Based School Emerge Best In West Africa In 2020 WASSCE Posted by News Mirror, November 25, 2021 By Chido Nwakanma

The unalloyed good news from Abia State is the validation of Total Education Development Academy (TEDA in Eke-Owerri, Obingwa, Abia State as the best school in West Africa in 2020 based on the performance of its students. It is a triumph of vision and commitment to best practices for Dr Godson Dinneya and his team. 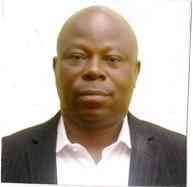 Five students had As across all subjects. Confidence Nwaozuzu had nine As and came third in the national distinction/merit category. The five laureates are Chikemzi Praise Ogwubie, Confidence Chinasa Nwozuzu, Olivia Ifeoma Ekperechukwu, Kelly Olise Polycarp, and Goodness Chukwuemaka. 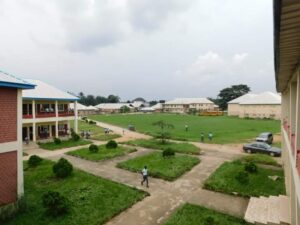 The stellar results continued.
Seventy-nine students of TEDA sat for the West African Senior School Certificate Examination. Five of these had nine As; another five scored eight As, and a further 22 students recorded seven As.
Overall, 71 per cent of TEDA’s candidates scored A grades, 24 per cent had B grades, three per cent scored C, while only two per cent had passed. TEDA recorded a 100 per cent pass in the 2020 Basic Education Certificate Examination.
TEDA won the Augustus Bandele Oyediran prize for producing the best overall results in WASSCE for school candidates in 2020.
The 2020 results validate earlier outstanding performances of this school that my friend and brother Dr Godson Dinneya founded in 2013 as his legacy. In January 2021, TEDA students were the buzz at the National Mathematical Centre, Abuja, during the 2019/2020 National Olympiad Awards ceremony. They dominated Junior Science.
Master Emefiena, Lifted Udoka, won the first prize in Junior Science, while Miss Ikechi Favour Chinaza won the Best Girl award. She won the third overall prize for boys and girls.
A vision of “total education to the Nigerian child” pushes TEDA. Total education has five dimensions: physical, intellectual, emotional, social and spiritual development”, its brochure reads.
TEDA has a population of 867 students, 52 teachers, and it teaches approximately 20 courses. It is 12 years old. TEDA’s teacher/student ratio stands at 1:17.
First-rate facilities enable TEDA to offer comprehensive education. “Ultra-modern science laboratories, workshops for auto-mechanics, metalwork, woodwork, electrical installation and maintenance are accessible to our students from their first year. The students study basic Biology, Chemistry, Physics, Economics, and Further Mathematics from their junior secondary school. By the senior school, they are used to scientific concepts and, to an extent, their applications,” says the Vice Principal.
“In line with the staff motivation policy of the school, all staff reside in the school premises, in their respective quarters, free of rent and all other utility bills. Senior staff enjoy interest-free car loans with not less than five years amortization”.
Founder Dr Godson Dinneya trained in economics at the University of Nigeria, obtained a master’s degree at the University of Lagos, and a PhD at Rhodes University, Grahamstown, South Africa.
Dinneya invested in quality infrastructure and human resources. Culture is critical, so the founder instilled a culture of hard work and achievement orientation in students and staff. TEDA did like schools in the big cities of Lagos, Abuja, and Port Harcourt in offering online classes during the COVID-19 lockdowns. No excuses.
TEDA proudly showcases its first-rate facilities. They include an 18-classroom block for the senior section and 24-classroom black for the Junior School; Laboratories for all science subjects and ICT; and technical workshops. There is a 1000-seater auditorium for academics and another that serves as a Worship Centre, a library that sits 300 persons, and a 40-bed TEDA Health Centre.
Science is the primary focus of teaching and learning. Dinneya says TEDA has fought the phobia in teaching and learning science. “This phobia stems from two primary reasons: the abstract nature of both the concept and the schemes and the late starting of core science subjects in secondary school scheme. Resolving abstraction in sciences requires that learning is in the vernacular of the learner; hence every nation that has made a meaningful advancement in sciences has also imbibed homemade technology.
“The challenges of abstraction have proved to be intractable, especially for second language learners. TEDA addressed the “late starting” of the science subjects in secondary schools in Nigeria by introducing Basic Physics, Basic Chemistry, Basic Biology, Basic Further Mathematics and Basic Economics in the Junior Secondary School to complement the Junior Basic Science and Technology scheme. The result has been tremendous as the junior students now have the foundations of the sciences at the tip of their fingers.”
The Great Lion Dinneya admired in our days the narrative of how the first set of UNN graduates went out to smash entry examinations everywhere and established the quality of the school against doubters who mocked its rural location. TEDA has continued to reprise this and create its engaging narrative of high quality at a reasonable value.
“The awards come with their challenges to do more. The Class of 2020 raised the threshold at TEDA for the teachers, the students, and all of us’, Dinneya stated.
Congratulations and a toast to more laurels for the school that demonstrates the power of vision, commitment, and the can-do spirit. Do more.