Kidnapped NYSC Members, Others Poses For A Photoshoot With Their Abductors Before Their Release (Photos )

Two National Youth Service Corps members, Jennifer Awashima Iorliam and Joseph Zakaa as well as four others posed in a photo with their abductors before their release.

Its been reported that the victims were kidnapped in Tsafe Local Government Area of Zamfara State a week ago.

The victims were later rescued on 26 of October in a collaborative efforts of the Benue State Governor, Samuel Ortom, Benue Links management, and their families.

Here are some pictures showing how the victims posed for a photo shoot with their kidnappers before they were released. 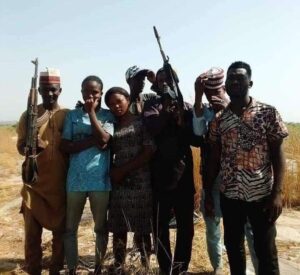 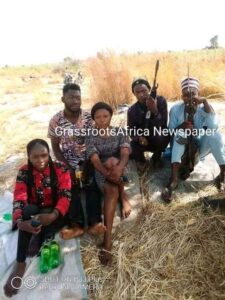