President Muhammadu Buhari may reject the Electoral Amendment Bill over the removal of indirect primaries from the document, the president has returned it to the National Assembly. 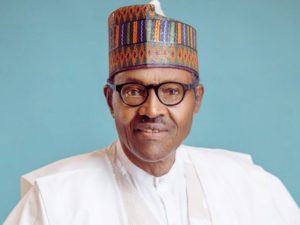 This is even as Governor Hope Uzodimma of Imo State frowned on the “infringement” of parties’ rights by the National Assembly.

Uzodimma, in an exclusive interview with, said the removal of indirect primaries from the proposed amendment would render political parties powerless, especially those with low funds to finance direct primaries.

A senator who spoke with Daily Sun, revealed that the Bill was returned to the Senate and the House of Representatives in a letter addressed to the two principal officers.

The source said the president cited high cost of conducting direct primaries by the Independent National Electoral Commission (INEC), which according to him, hovers around N500 billion.

He said the president met with INEC chairman, Professor Yakubu Mahmoud, who briefed him on the dangers the law would pose to the conduct of elections in the coming months.

President of the Senate, Ahmad Lawan and Speaker of the House of Representatives, Femi Gbajabiamila, are expected to read the content of the president’s letter next week, when the two chambers reconvene.

Speaking on the dangers the law would pose, Uzodimma claimed the proposed amendment does not tally with the provisions of the 1999 constitution, insisting that parties’ supremacy and rights to opt for direct or indirect primaries must not be tampered with.

He said laws that cannot be implemented should not be passed, arguing that it was insensitive to do so.

For over two weeks, governors elected on the platform of the ruling All Progressives Congress (APC) and the Peoples Democratic Party (PDP) have been mounting pressure on President Buhari not to sign the Electoral Amendment Bill into law until contentious areas are resolved.

Many of the governors, who are at loggerheads with senators and members of the House of Representatives from their various states, had insisted that the National Assembly must yank off indirect primaries from the Electoral Act.

Two weeks ago, APC governors, represented by the caretaker committee chairman of the party and Governor of Yobe State, Mala Buni, met with President Buhari. Others present during at the meeting were Governors Atiku Bagudu of Kebbi and Abubakar Badaru of Jigawa states respectively.

Though the governors did not speak on the ongoing controversy trailing the removal of indirect primaries from the Electoral Act by members of the National Assembly, sources in the APC told Daily Sun that the issue featured prominently during the meeting.

The source said the three APC governors, who represented their colleagues, urged the president to return the Amendment Bill to the National Assembly to reflect some of the concerns raised by stakeholders.

The source said National Assembly leaders, who until now refused to listen to concerns raised by governors may lose out in the ongoing power play.

It said many APC lawmakers were already aggrieved that governors have hijacked the structures of the party ahead of the 2023 general elections.

It said lawmakers believe that direct primaries would raise their chances of returning to the Assembly in 2023 if allowed to scale through.

Similarly, President of the Senate, Lawan two weeks ago, met with President Buhari on the same Electoral Amendment Bill. While briefing newsmen, he frowned at politicians lobbying the president not to sign the Bill into law.

A source said the Speaker, who is the arrowhead behind the removal of indirect primaries from the 2010 Electoral Amendment Act, is also under fire from his South West leaders for taking a decision without due consultations.

Unlike the divided APC leadership on the issue, the PDP is united in its call to have the decision rescinded or the entire amendment discarded by President Buhari.