The Joint Admissions and Matriculation Board (JAMB) has released a list of the best candidates in the 2020 Unified Tertiary Matriculation Examination ( UTME).

Top on the list were two candidates from Anambra state with 365 and 363 scores respectively.

“They are 10 in number and if you notice, some of the candidates scored the same mark and they are (tied) on the same position,” the spokesperson of the board Fabian Benjamin said

See the names of the candidates and their scores as released by JAMB below: 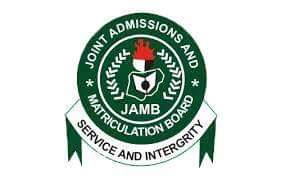 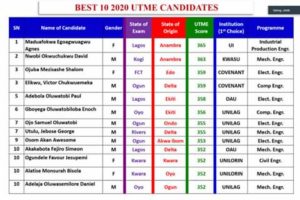