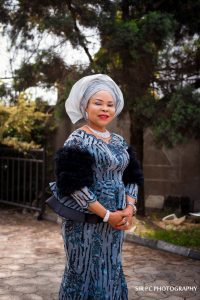 Ugonwanyi ndi Igbo who disclosed this in a press release through her Special Adviser Media and Publicity Victor Kelechi Onyendi said that, Nigeria Women have proven themselves and also set an unassailable track records in their various areas of endeavors.

She decried the continued marginalization of the female gender in the world, especially in the politics of Nigeria and other positions of trust despite all they have been able to achieve over the years.

She encouraged the women to continue in their quest for inclusiveness and a society devoid of intimidation and discrimination against the female.

On the bill for the Affirmative action for women in political party administration which was rejected by the National Assembly , Senator Nwaogu, said it was a clear evidence of the unjust, unfair and biased treatment meted out on women over the years, and urged the National Assembly to reconsider their decision.