The Independent National Electoral Commission (INEC) yesterday disclosed that it has received N100 billion out of the N305 billion it proposed for the conduct of the 2023 general elections. 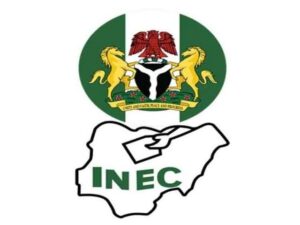 INEC said President Muhammadu Buhari’s refusal to sign the Electoral Act (amendment) Bill would not hamper its activities as an electoral umpire.

It also said it “will never reward bad behaviour’’ by conducting a by-election in Ekiti East State Constituency before the June 2023 governorship election in the state.

INEC Chairman Mahmood Yakubu defended the agency’s proposed N305 billion budget for the general elections before the Senate Committee on Appropriation in Abuja.

The Chairman of the Senate Committee on Appropriation, Barau Jibrin, assured that the 2022 federal Appropriation Bill will be passed today.

Yakubu attributed his inability to defend the budget proposal last week to an official engagement outside the country.

He said: “We thank the committee and by extension, the Senate, for all the proactive measures taken, including some of the provisions in the Electoral Act (amendment) Bill, particularly Section 3, which you have strengthened to grant better financial autonomy for the commission.

“I also thank you for the provision in the bill for ensuring that funds are released to the commission, at least, one year to the elections.

“We made a submission for the sum of N305billion for the 2023 general elections.

“We made the submission on the basis of the N100billion as one line item, N40billion regular budget, and the 2022 Appropriation Bill, and then, there is the outstanding N205billion.

“For instance, if you are going to replace some of the critical facilities like ballot boxes and voting cubicles, these things must be done before the election.

“There are activities that we have to undertake during the elections, for instance, engagement for the transporters for electoral logistics. We can’t engage them in advance, it has to be close to the election.

“In submitting the executive proposal to the National Assembly, the sum of N140billion was made available to INEC as a one-line item in the budget.

“The N140billion was broken into two, we take it that N40billion is our regular budget as an agency of government and N100billion was the first tranche of the 2022 budget and we have gone ahead to make provisions accordingly.

“It may interest the committee to know that we have eight bye-elections pending (three federal constituencies and five state constituencies.

“In fact, the last vacancy occurred only last Wednesday following the death of a member that represented Jiwa West State Constituency in Kaduna State. We have other by-elections pending. We hope that these elections will hold as soon as we resume in the new year.”

The governorship election in Ekiti is scheduled for June and that of Osun will take place in August next year.

Yakubu said: “Ekiti governorship election is holding in June. But, in about two weeks, party primaries for the state will commence beginning from January 1 to 29 next year. The primaries for Osun State will be in February.

He lamented that INEC had tried four times to hold the by-election in Ekiti East State Constituency without success.

He recalled that in the last attempt, voters, security operatives, and electoral officers lost their lives at polling units.

Yakubu added: “INEC will never reward bad behaviour. The election can only be repeated in June next year during the gubernatorial election.”