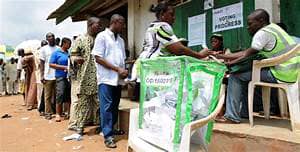 He also decried poor turnout of voters during the Anambra gubernatorial election on Saturday.

Speaking with Channels TV, Sunday, Egwu, lamented over the low voter turnout in the state, claiming this is not really good for Nigeria’s democracy.

“There is a whole state of fear that has been created by the politics of agitation for a separate state in this part of the country.

“IPOB has been able to enforce the sit-at-home order over time. So, the fear of the repercussion of what IPOB could do to people has become the beginning of wisdom. 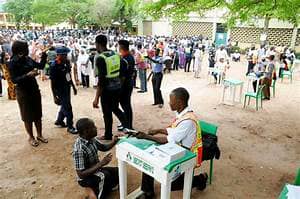 “We have had a problem with extremely low voter turnout. The voter turnout, I think, if you are scientific in terms of what we are seeing in many local governments, you are actually dealing with less than 25 percent voter turnout, and this is not really good for our democracy,” the INEC support REC said.

Meanwhile, IPOB had ordered the sit-at-home across the South East region following the incarceration of its leader, Nnamdi Kanu who is currently awaiting trial in the custody of the Department of State Security (DSS).

But in a statement released last week by its spokesperson, Emma Powerful, IPOB announced the cancellation of the one-week sit-at-home order in South-East.

The group disclosed that it cancelled the order following consultations with elders, traditional, and religious leaders in the region.