Chief Paul Ururuka stands majestically on a statue of seven-foot clay sculpture at Obikabia junction, Aba, a popular confluence point of five major roads. The imposing statue stands like a colossus at the middle of the road and flaunts the masculine frame of a political maestro who has remained a legend both in life and in death. Everyone seems dwarfed before him and he seems to be alive and speaking from the height of a political rostrum. 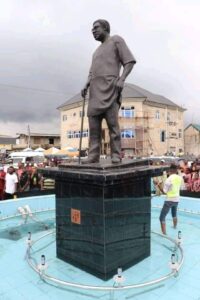 There is, precisely, a two-pronged idea emanating from the imposing statue. Governor Ikpeazu, inadvertently, has built an empire of ideas. If you understand the science of semiotics, the Ururuka Statue must come to you with far deeper meanings that transcend history and aesthetics value. To me, it communicates meanings that are somewhat esoteric. First is the narrative of an illustrious man who left indelible footprints on the sands of time, whose name shall remain as a symbol of utilitarian value in service and to whom posterity must continue to accord honour. The Governor has not only immortalized Ururuka but has also archived the story of the political journey of the UkwaNgwa. It is a story that would inspire our generation and the generation yet unborn. 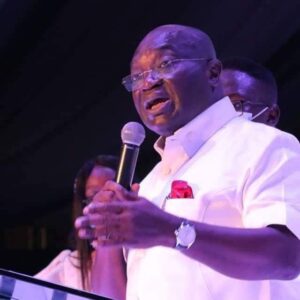 Again, Governor Ikpeazu is also loudly and openly transmitting the message of a new Abia, a new dawn. The statue has created a beautiful scenery and a beautiful environment around the interjection round-about. The message is the accomplishments of a Governor in his conscientious drive to reclaim a city that was hitherto in the backwaters. To a visitor or passer-by, the statue announces the new Abia of massive social and infrastructural reconstruction. Before now, the Obikabia junction is a place of traffic commotion, where man and mermaids compete for space within a small radius. The new sense of order and decency generated by the transformation of the environment usher one into a new mind change and into a new orientation that are Ikpeazu’s brand equity. 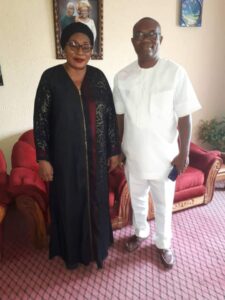 The Ikpeazu brand equity is in the overall dividend that his tenure has offered Abians and in the values of promises fulfilled. It is a value that transcends aesthetics and environmental heritage. Ikpeazu, by his work and accomplishments, has provided a bridge or an elevator of transition from one milieu to another, a sort of renaissance which is accompanied by a new wave of cultural and political reawakening. I see a revolution but not of victory of arms but of victory of change. Revolution is not just about taking up arms and overthrowing an existing political regime, revolution is also about taking drastic steps and actions that progressively expand the frontiers of our human existence. And this is what Governor Ikpeazu has done with the Caterpillar revolution that has seen to the construction and commissioning of over a hundred roads spread across the three geo-political zones of the state. 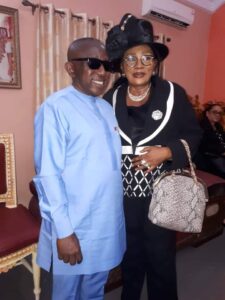 The Ururuka statue is therefore a continuation of a narrative of revolution. Born in 1910 into a polygamous family of Mr. Ururuka Ajereh and Mrs. Orianu Ururuka Ajereh of Umunkpeyi Nvosi in Isiala Ngwa South Local Government Area of Abia State, Chief Paul Omerenyia Ururuka (PO) was the first and only child of his mother, who was the first wife of Ururuka. He attended Christ the King School Aba where he obtained his Standard Six Certificate with distinction . Because of his brilliant performance, he was employed as a pupil teacher by the Roman Catholic Mission, Aba. From there he later enrolled into the famous St. Charles Teachers’ Training College Onitsha, from where he obtained his Teacher Grade 11 Certificate. 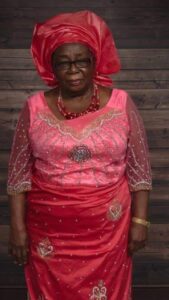 “Teacher Paul as he was fondly called at CKC Aba distinguished himself in whatever he set his mind and hand to do. He was a disciplinarian, highly principled, versatile and an all round achiever. He was a great school organist as well as for the church choir. This actually contributed to earning him the fond and popular name of “Teacher Paul” in Aba and its environs,” disclosed High Chief Tony Ururuka, his only surviving son.

Teacher Paul enrolled, studied and passed his General Certificate of Education (London) at ordinary and advanced levels as a private candidate, a rare fit in those days. He also obtained Teachers’ Grade 1 Certificate. He later left the teaching career and joined the Nigerian Railway Corporation as a pay clerk , a prestigious and privileged job earned only by outstanding pupils in those days.
Chief PO Ururuka later won a scholarship from the Northern Ngwa County Council to study overseas. Consequently, he left his young beautiful wife and three children at the time in the care and custody of his father, Ururuka Ajereh (having lost his mother at a very tender age) and traveled to Trinity University Dublin by 1947. He obtained a Bachelor of Arts in Geography, a Higher Diploma in Education, a Post Graduate Diploma and MA in Public Administration and also a Masters of Arts in Geography.

After completing his studies, he returned home to his family and took up appointment as the first African Vice Principal of the famous St. Theresa’s Teacher Training College Umuahia under the headship of an Irish Roman Catholic Priest, Rev. FR. Fullen. It was while here at Umuahia that the nationalist movement started and Ururuka joined the agitation for freedom from colonial rule which was eventually accomplished in 1960.

Before then, he had his first taste of national politics when he was elected a counselor in the Northern Ngwa County Council by his people of Ngwa clan. By 1954, he was elected by the Ngwa Community to represent them in the Eastern Region House of Assembly. He contested and won election under the platform of the NCNC, under the leadership of Rt. Hon. Dr. Nnamdi Azikiwe and was a Minister severally in his cabinet with various portfolio and later under the Premier of Eastern Region, Dr. Micheal Okpara, all between 1954 and 1966, after Azikiwe left to take up his position as the first African President of Nigeria in 1960.

Chief PO Ururuka while serving his country in the Eastern Region held the following portfolios at different times: Minister of Commerce and Industry, Minister of Transport and Minister of Works, for longer years. Governor Ikpeazu, by the statue, has resurrected history for posterity and also resurrected a man.