Governor Okezie Ikpeazu has sent a warm message of congratulations to the Senate Minority Leader, His Excellency, Senator Enyinnaya Harcourt Abaribe on the occasion of his 66th birthday today. 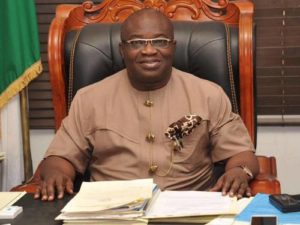 Governor Ikpeazu notes with delight that Senator Abaribe’s life has become synonymous with service to our people, built on solid principles, and sustained by the power of courage. 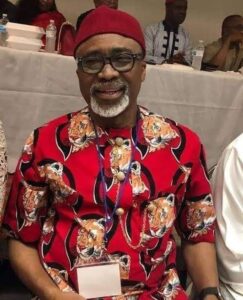 According to the Governor, “from his days as Deputy Governor of Abia State in 1999, Abaribe has carved a clear niche for himself…a niche for the relentless pursuit of the enthronement of justice and equity in our polity. A pursuit he undertakes with great courage and strong personal convictions. Till date and as Senate Minority Leader, Abaribe remains who he has always been, namely, a fearless advocate of justice and egalitarianism in public service”.

The Governor describes the Distinguished Senator as “my elder brother and my political leader”.

Governor Ikpeazu, on behalf of his family, the Government and People of Abia State, wishes the Distinguished Senator a very happy birthday and prays the Almighty God to grant him many more years ahead.