IKPEAZU AND THE BUCCANEERS IN POWER ! Why Abia must be rescued from this dangerous cabal Posted by News Mirror, August 15, 2019

On May 29th, 2015 when Dr. Okezie Victor Chibuikem Ikpeazu and his Deputy, Sir Ude Oko Chukwu were sworn for their first term in office, it was greeted with wild jubilation amongst Abians who apparently keyed into his academic and intellectual powers while yearning for the state to take a great leap from celebrated inanity. Same joy flowed across the entire Ukwa Ngwa Land as that was the first time someone from Ukwa Ngwa area of Abia state would emerge as the Governor of the state thus, ending the long standing agony and agitation of the people. 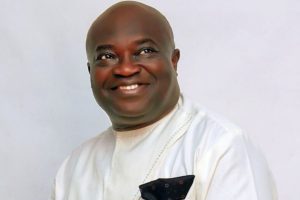 Most Abians agree that, Ikpeazu became Governor when it was not fun to become a Governor in a State like Abia as the problems confronting Abia were too numerous and needed to be tackled headlong by any incoming Governor through fiscal discipline, dedication, divine wisdom and the desired political will.

What Gov. Okezie Ikpeazu needed was to appoint men and women of high moral clarity, good conscience and integrity to handle the affairs of Abia state and steer it away from an age long entrenched system of fraud, revenue leakage, blatant corruption and high wired organized crime perpetrated by both political appointees and civil servants, then the political will to kill an ant with a sledge hammer.

Most people think about Abia and her numerous hydra headed challenges with utmost terror. Abia has the menacing problems of infrastructural decay such as dilapidated school buildings, bad road network, deficient primary healthcare delivery system, unemployment, bad educational systems, lip service to Agricultural support programmes, sycophantic apparatuses, the brutal unresolved issues of ghost workers and the problems associated with the payment of teachers and civil servants salaries and that of pensioners.

However, it is no longer news that Governor Okezie Ikpeazu has started his second tenure and five years down the line, i am sure, the Governor is taking stock of his past four years and planning the next few years ahead as the future of Abia stares him in the face like an optical image from a plan mirror.
In the next few years, Gov. Ikpeazu would look back and ask himself if he left Abia better than he met it and that question will not be answered by him alone, rather by all Abia residents.

As it seems, Gov. Okezie Ikpeazu leadership does not seem to have met the aspirations and yearnings of the silent majority. This writer is of the opinion that, he has the time to salvage his areas of failures or face the gathering merciless lampooning.

Gov. Ikpeazu may not have tackled most of the core challenges facing Abia, but the greatest challenge confronting the Ikpeazu administration is the elevation of sycophants and the tiny cabal around him. They are his real enemies not the likes of Dom Nick, Dodoh Okafor, Paul Hallmark, Ariwa Zuby and the rest of Abians who are constructive critics but wish he delivers on his mandate.

Sadly, these familiar enemies of Dr. Ikpeazu are his Ngwa brothers from Obingwa with other disgruntled elements and recruited foot soldiers from other Local Government Areas, especially from Ngwa. They see his government as a window for corrupt enrichment, not an opportunity to serve the people and they have stolen enough that the only word for them should be – ENOUGH.

No matter the side of divide you may belong, every Ukwa Ngwa person must look at the larger political picture because, if this present administration under a Governor of Ukwa Ngwa extraction becomes a failure, the Ukwa Ngwa Nation would be faced with two choices; to finally and helplessly collapse into the entangling alliances or become terrifically schizophrenic in Abia politics.

Gov. Okezie Ikpeazu must therefore summon the political will to deal with his self inflicted pain by keeping this brutal, egocentric and unsympathetic group away from governance thus, correcting his unforced error or leave Government House as a diminished Governor.

It’s rather unfortunate that this gang have blocked every atom of reform with high wired propaganda and has so far spent millions to sponsor articles with none existing group with faceless names, fake and unverifiable address against an ex commissioner who had in many occasions stopped them from pillaging billions of Abia common wealth to increase their selfish stake in self aggrandizement and self – serving loyalty to extend the frontiers of their mystery billionaire status.

For curtailing their organized crime and fraudulent activities, they are fighting the system along side the ex commissioner.