Controversial Calabar based Pastor, Goodheart Val Aloysius has warned music star, Davido that he may not make heaven, if he spends all the N200 million he got from his friends without paying his tithe. 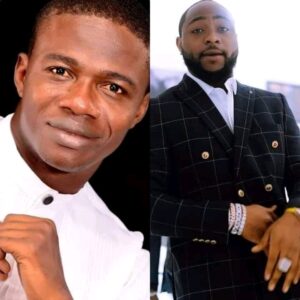 According to the clergyman, who is the spiritual leader of Father’s House International Church, he noted that Davido should pay tithe from the money donated to him by his friends and also remember God. 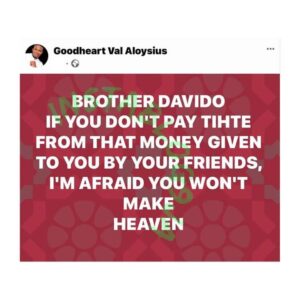 Pastor Aloysius, who is known for dropping controversial statement on his official Facebook page went on to say that he is afraid that Davido may not make heaven if he fails to appreciate God from the over N200 million he realized from his friends.

“Brother Davido, if you don’t pay tithe from that money given to you by your friends, I’m afraid you won’t make heaven.”