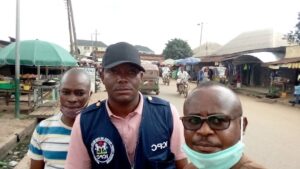 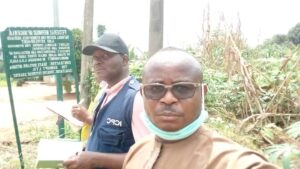 The monitoring team was made up of Mssrs. Waribo Emeka, the liaison officer to the senator representing the Abia South Senatorial Zone, Obi Steven of the ICPC, Nelson Nnanna Nwafor, the executive director of FENRAD and Constituency Executive Projects Tracking Unit (CEPTU, as acronymed) which was equally represented in the team that monitored the Phase 2 of ICPC Constituency Projects Tracking for the month of March, 2019. 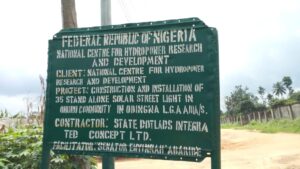 FENRAD, having participated in the said exercise, can confirm that certain constituency projects in the form of solar-powered street lights installed with the sum of 51 million naira have been attracted to ND executed in Abia South Senatorial Zone through the office of the distinguished senator representing the zone, Mr. Enyinnaya Harcourt Abaribe. FENRAD commends this laudable development. 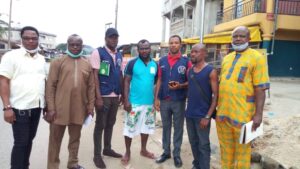 FENRAD, from the monitoring observed that:

• Three companies received different sums from the said amount in line with installation of the solar street lights and are to wit:

II) Dotlands Integrated Concepts Ltd: which got awarded the contract to install 34 solar street lights in Abala community of Obingwa LGA at the sum of 21 million naira. One out of the street lights, as FENRAD saw, was in a broken-down state with component parts like battery apartment and panel casing missing.

lll) Laguf Allied Company Limited: which received 21 million naira to execute the installation of 35 solar street lights in Ohuru community which makes the project 51 million naira on the whole for the three awardees.

Based on inquiry from community members and traders, seven (7) of the lights in Ogbor Hill areas covering Glass Industry and Seven Up roads do not function. FENRAD wishes to draw the attention of the senator representing the zone to this so that the projects remain laudably sustainable.

Though not much feedback was gotten at Abala community, FENRAD understands the case of the broken-down light there could likely be an act of vandalization and calls on all communities within the state to protect, as custodians, all public properties within their communities. The 35 solar street lights in Ohuru community, Foundation for Environmental Rights Advocacy and Development FENRAD observed, were all standing and in good shape and the solar panel is serving the needs of the community by providing energy and power supply to the community 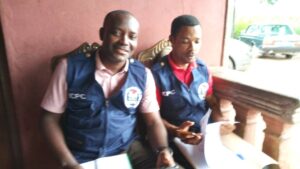 Later the team visited His Royal Highness, Eze Osuagwu, the traditional ruler of Ohuru community who expressed his heartfelt delight and satisfaction at the projects in his community.

Having seen all these, FENRAD thanks the senator for such projects as they are commendable and urges the distinguished senator representing the zone to do all within his power and limit to attract road projects in the areas covered to make community Roads Accessible to the people.

Ikpeazu and the Resurrection of a Dead Man (1) Godwin Adindu

SAD: Veteran Nollywood actress, Louisa Nwobodo has dies at the age of 78