I NEED A HUSBAND ! Rich and popular Nollywood actress cries out !

Nollywood actress, Ngozi Nwosu, 56 has declared that she is open to the idea of getting married provided she finds the right person to fall in love with.

The elderly actress who has made a mark for herself in the industry having featured in several films including the iconic ‘Fuji House of Commotion’, ‘Living in Bondage’ and more recently the web series, ‘Skinny Girl in Transit’ revealed this in a recent interview with Legit TV when asked if she is planning to get married again. 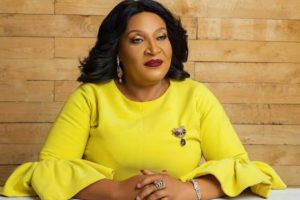 She replied, “Why not? If I find the right ‘ololufe’ (lover)”

Nwosu has been married before but no longer in a relationship.

Further in the interview, the actress shared her views on polygamy noting that as much as she is open to the idea of getting married again, she could not accept her husband marry another woman.

WAR: I’ll seek for spiritual help if you will not allow my daughter to enjoy her marriage, Rita Daniels mum lampoons Chika Ike