I Am Father To All – Jonathan Speaks On Receiving APC Leaders

Former President Goodluck Jonathan has reacted to the now-viral news that he received some APC leaders led by Timipre Silva(Minister of state for Petroleum) on Monday after APC won the governorship poll. 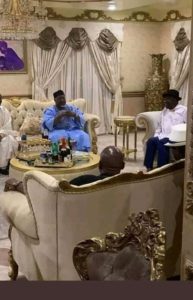 Speaking on this, he said that as a former president and a former Governor of the state, he remains a father to all adding that his doors are always open to all citizens irrespective of political affinity.

He concluded by advising David Lyon, the APC candidate, who emerged victorious during the poll to focus on delivering his campaign promises to the people of the state now that the election is over.

“Elections are over now, so I want you to see yourself as the Governor of all Bayelsans and not only to the sections that voted for you. This is the way to move Bayelsa forward.” he said